Mad Cool Sunset, the new date for live music in Madrid, puts its tickets on sale 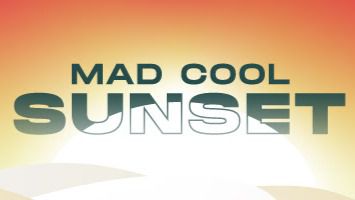 The festival Mad Cool Sunset has come to stay. Tickets for the show, to be held on September, 10th and that promises to become the new date for li

The festival Mad Cool Sunset has come to stay. Tickets for the show, to be held on September, 10th and that promises to become the new date for live music in the capital, are on sale from today, May 4thon its official page.

After its presentation last Friday, April 22, Mad Cool Sunset starts selling tickets this Wednesday for the show that will take place at the Mad Cool Space in Valdebebas and in which the public will enjoy national and international artists such as Rage Against The MachineBiffy Clyro, Stereophonics, Kurt Vile & The Violators, Lucy Dacus, The ZigarrosBelako, Yard Act, Wargasm, Nova Twins, Montell Fish, Sylvie Kreusch or The Dip, among others.

Mad Cool Sunset tickets on sale now! 💥 Get them and say goodbye to summer 2022 as it deserves 🌄 https://t.co/mc12h69hKz#MadCoolSunset pic.twitter.com/MF4r3BcgXx

The ‘little brother’ of the Mad Cool Festival was born as a new event for live music that will be unforgettable, in which highlights the return of Rage Against The Machine to our country after more than a decadebeing the one of September 10 in the capital one of its only two performances in Spain.

This single day of concerts is postulated as a new meeting point for all lovers of live music. A unique poster that seeks to become a key quote within the cultural offer of Madrid, prolonging the season of open-air concerts and putting the icing on a very musical summer.

Tags: mad, tickets, places
how is the sale of tickets for the duel between Tigre and Argentinos Juniors
Verstappen, F1 world champion, will put his car up for sale
Tickets for the final phase of the Youth Cup are on sale
TICKETS 177

Loading...
Newer Post
Records of the NBA: which are the teams, players and coaches with the most rings
Older Post
What’s next for Paolo Medina, the young Mexican who was a Real Madrid youth squad