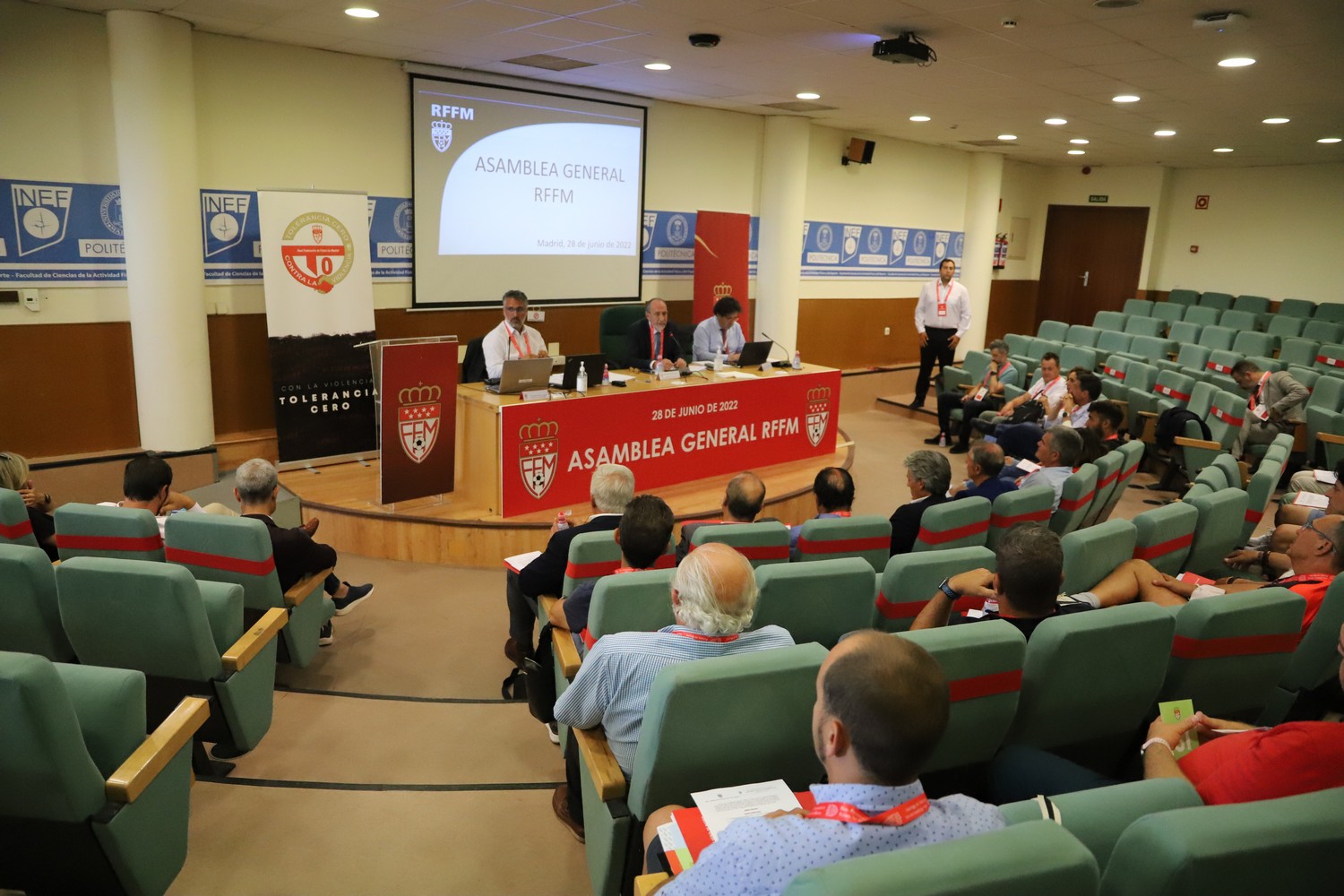 Madrid football closed season today, Tuesday, June 28, with the meeting of the general Assembly in which the 2021-2022 sports season was taken stock at the Royal Football Federation of Madrid and in which the rules that regulate the competition next season and other matters of interest to the four estates that make up the great Madrid football family (clubs, footballers, coaches and referees).

The Assembly was held again, like the Extraordinary one on June 13, at the Faculty of Physical Activity and Sports Sciences of the Polytechnic University of Madrid (former INEF). On the agenda of the ordinary session, after voting in favor of the minutes of the previous assembly and appointing three members of the Assembly to verify the minutes, the presentation of the president’s report on federal managementwith special emphasis by Paco Díez on the return to football after the pandemic, the renovation of the grass on two of the playing fields of the Ernesto Cotorruelo federation facilities and other improvements, as well as the recent absorption of the Madrid Futsal Federation (FEMAFUSA ).

Subsequently, the majority discussed and approved the proposal on federal quotas. It was also presented and approved the Annual Report of Sports Activities for the 2021-2022 season, as well as the bases and competition schedule for the 2022-2023 season. It was Guillermo Laborda, sports vice presidentthe one in charge of exposing the Memory and He congratulated the sports management of the RFFM, as well as the technical bodies and soccer players of the national teams for their work and results in the Spanish Championships.

On the next item on the agenda, the Economic Vice President Alfredo González reported before the vote expiration of the sports medical insurance contracted by Allianz and the back to MUPRESFE with better coverage, services and prices, also being approved by the majority.

After prayers and questions in ordinary session, proceeded to the extraordinary for debate and vote on the proposals for statutory modificationsthe change of the current registered office of the RFFM to the new headquarters of the RFFM at Calle San Severo, 16 in Madrid. On both points, the vote of the Assembly was favorable by majority. Likewise, the regulatory modifications approved by the Delegate Commission in meetings held on June 6 and 20 were presented. And a last turn was granted for the prayers and questions of the assembly members.

Unexpected turn by Pogba – Sport-Journal
The 10 best players of the year in Argentine soccer
More street spirit is missing in today’s football, by Carles Rexach
FOOTBALL 3251