Madrid is still waiting for a response from the FIA 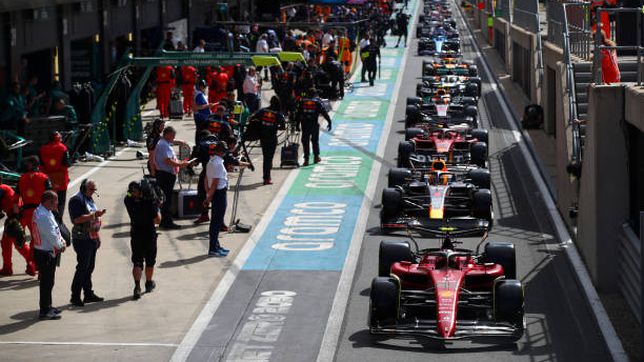 The Community of Madrid continues to live in a cloud. Success at the Mutua Madrid Open, Real Madrid champion of the League and Champions... and no

The Community of Madrid continues to live in a cloud. Success at the Mutua Madrid Open, Real Madrid champion of the League and Champions… and now Carlos Sainz’s first victory in Formula 1 has been added. The capital continues to be a benchmark in sport, which is why his ambition leads him to dream of expanding their horizons: the next goal is a race of the ‘Great Circus’. An idea that the city’s mayor, José Luis Martínez-Almeida, has already described as “very preliminary.” The Community highlights it: it is a “medium-term” project, without great details decided and it will take years. “From 2026 onwards? At least ”, they explain from the administration to this medium.

The main problem? The lack of infrastructure. Jarama does not have the level required by F1, but “there are multiple options, although none are discussed.” It could be completely renovated, an urban circuit through the city is not ruled out and, as a third option, the construction of a new one in Morata de Tajuña, a millionaire reimbursement (about 30M euros) that, in addition, would be added to the canon to be paid to host the World Cup in the capital. That project exists, but “the Community has nothing to do with it at the moment”. A utopia that, thanks to Sainz’s success at Silverstone, could be closer: “Everything adds up. He is an athlete from Madrid linked to the motor, but one thing goes one way and another goes the other”.

Everything is still up in the air. Despite the letter sent to the F1 management and an “extraordinary victory for Madrid sport”, the Community has not received a response. From the Presidency of Justice and the Interior of the Government of Isabel Díaz Ayuso they continue “hoping that the FIA ​​will contact us to jointly assess the letter” and take another step, no matter how far away it may seem to reach an agreement: “ It’s too early to assess anything.” Barcelona signed its renewal until 2026, but they do not lose hope: “It does not mean that the same country can be immersed in two different tests.” However, the long queue to enter the calendar further complicates the presence of Madrid and, when this medium asked Liberty Media about the letter sent from the Community, they preferred not to comment on the published information.

Despite everything, they continue to dream, because Spain once again has a winner in Formula 1 almost a decade later. This time his name is Carlos Sainz and he wears a Ferrari. “Congratulate Sainz on the victory. He is an athlete from Madrid and values ​​​​the sport of the Community ”, indicates Enrique López, Minister of the Presidency, Justice and the Interior. And may it be the first of many.