Magic fed up with the Lakers 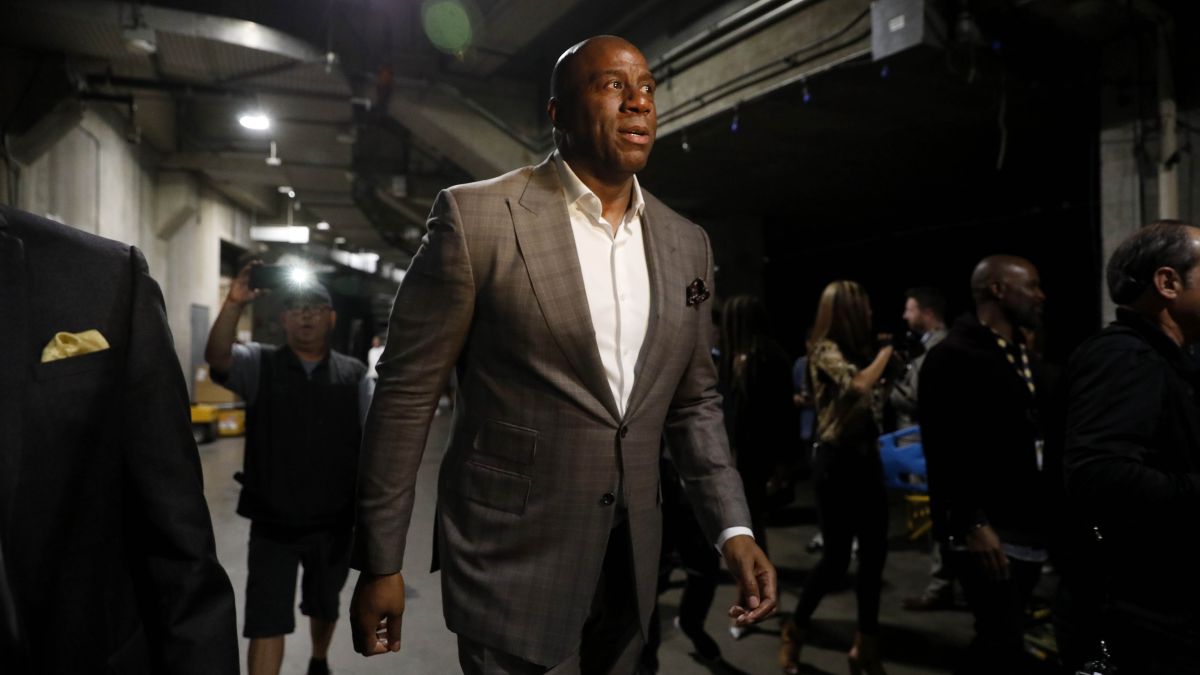 Magic Johnson is not happy at all. The legend of the NBA and the Lakers has shown his anger with the Los Angeles team, who took a resounding beat

Magic Johnson is not happy at all. The legend of the NBA and the Lakers has shown his anger with the Los Angeles team, who took a resounding beating at the hands of the Nuggets for a whopping 37 points. Without any kind of attitude on both sides of the court, the Lakers have entered a maelstrom of nonchalance and constant ridicule that has fed up Magic, a five-time champion in his time as a player. “We can accept being beaten, but we deserve more than a lack of effort and a sense of urgency“In addition, the former base of the Angelenos has sent his support to Jeanie Buss, owner of the franchise, assuring that he deserves more.

After being blown out by the Nuggets 133-96, we as @Lakers fans can accept being outplayed but we deserve more than a lack of effort and no sense of urgency. Owner @JeanieBuss, you deserve better.

The defeat of the Lakers in a direct duel like against the Nuggets leaves them further and further away from avoiding the play in (21-22, negative again and two games from Colorado). And the mattress with the tenth place seems enough (from 3.5 wins), but they are very even with the Clippers and Wolves, eighth and ninth respectively. On February 10 the transfer market closes and the Lakers have a real need, it’s already obvious, to do something. Westbrook is in the spotlight and his transfer is very complicated (by contract, reputation…), but nothing works in the angel team, who no longer has the excuse of the absence of an Anthony Davis who will be reevaluated in a few days. The options are gone. And, above all, people start to get fed up. It is not for less.

NBA: Do you want to know what 2,977 triples look like in the NBA? Hallucinate with this video
NBA: Manu Ginbili leads the list of candidates for the Hall of Fame: Pau Gasol will have to wait
Minnesota Timberwolves – Phoenix Suns, live
NBA 2557