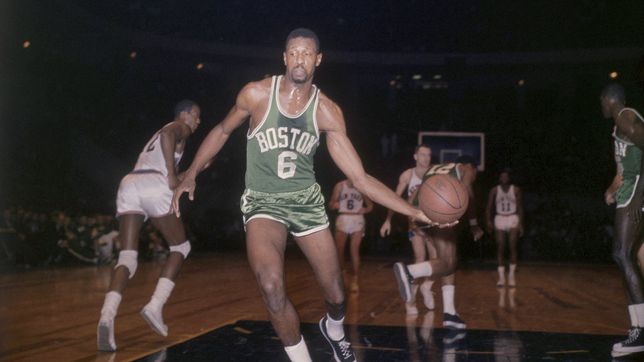 The NBA is in mourning after the passing of the legendary Bill Russell and Magic Johnson has had an idea of ​​how to continue the legacy of the 11-time champion with the Boston Celtics.

Through a tweet on his personal account, Johnson suggested that commissioner Adam Silver should retire the number 6 on all NBA teams in order to honor the legacy of Bill Russell.

Commissioner Adam Silver should withdraw number 6 across the @NBA in honor of Bill Russell’s legacy!

On March 12, 1972, the Celtics retired No. 6 in honor of Russell due to his accomplishments during his time in Boston. The center won 11 championships in 13 seasons and posted averages of 15.1 points and 22.5 rebounds after participating in 963 regular season games.

Also, one of the unattainable milestones in the history of the C’s are the 21,620 rebounds that Russell recovered in his time at Boston Garden.

YOU MAY BE INTERESTED: Pelicans will observe the weight of Zion in a new contract

Teams where the 6 is retired

If there is an iconic player in the history of the Suns, it is Walter Davis. Known as ‘Sweet D’ because of the sweetness of his jumper, Davis is the Phoenix franchise’s leading scorer with 15,666 points scored during the 11 years he played at Arizona Veterans Memorial Coliseum with the number 6 on his back.

Avery Johnson played 16 seasons in the NBA and for a dozen of them was part of the Spurs, with whom he won the 1999 championship. At the time of separating from the Texan franchise, Johnson was the all-time leader in assists with 4,474, a record later by Tony Parker, and so the management retired the number 6.

The case of the Magic and the Kings is different since both franchises disabled the number in honor of their fans.

Loading...
Newer Post
The delicate situation of Enes Freedom: without offers in the NBA and without being able to return to Europe
Older Post
The Portuguese Grand Prix will open the MotoGP World Championship on March 24, 2023