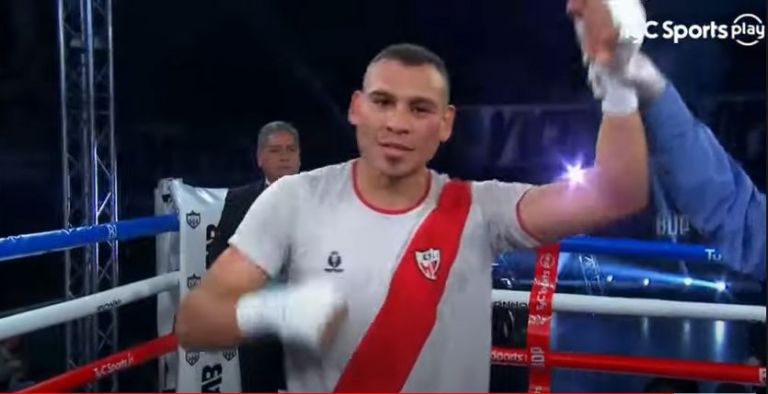 In Del Viso, Pilar’s district, in the Province of Buenos Aires, the local boxer from Clemente Onelli, Jairo “Maky” Rayman He faced his 20th fight in the rented field and added his seventeenth victory (the eighth on the fast track) by defeating the Buenos Aires native by knockout in the second round Maximilian Corso.

It was last Saturday night in an excellent boxing evening that the closing of the event had a great double bottom. The stellar fights put the Latin Silver titles of the World Boxing Council (WBC) at stake, with José Romero vs. Nicolás Paz in featherweight and Rubén Neri Muñoz against the Brazilian Pedro Guilherme Dos Santos, in super lightweight.

“Maky” officially got back into the ring after several months, after that controversial fight in November 2021 where he was disqualified for an illegal blow to the neck against Omar Díaz from Santa Fe. Without leaving any doubts, the boxer who emerged sportingly in our city, had a fantastic comeback.

He dominated the entrance fight and sent his rival to the floor in the second round, a blow from which he could not recover and after the account determined a new victory for the Rio Negro. Corso, who now has a record of 14 fights, with 6 wins, 7 losses, and a draw, was unable to beat the solid Rayman, who now has 17 wins (8 by KO), 2 losses, and a draw.

In the final announcement of the fight “Maky” Rayman wore the shirt of Huahuel Niyeo, Engineer Jacobacci’s soccer team, with colors and clothing similar to that of River, which led to confusion in the television broadcast that was in charge of TyC Sports.

I REVIVED THE FULL COMBAT

The former boxer who killed a man in a hostel explained that the victim wanted to rape him
Concordia celebrated the Argentine Boxer’s Day
Boxing: Salvi Jimnez and Adrian Rodriguez much more is at stake than a national crown
BOXING 3627