Malaysian GP MotoGP 2022: The luck of the champion smiles on Augusto 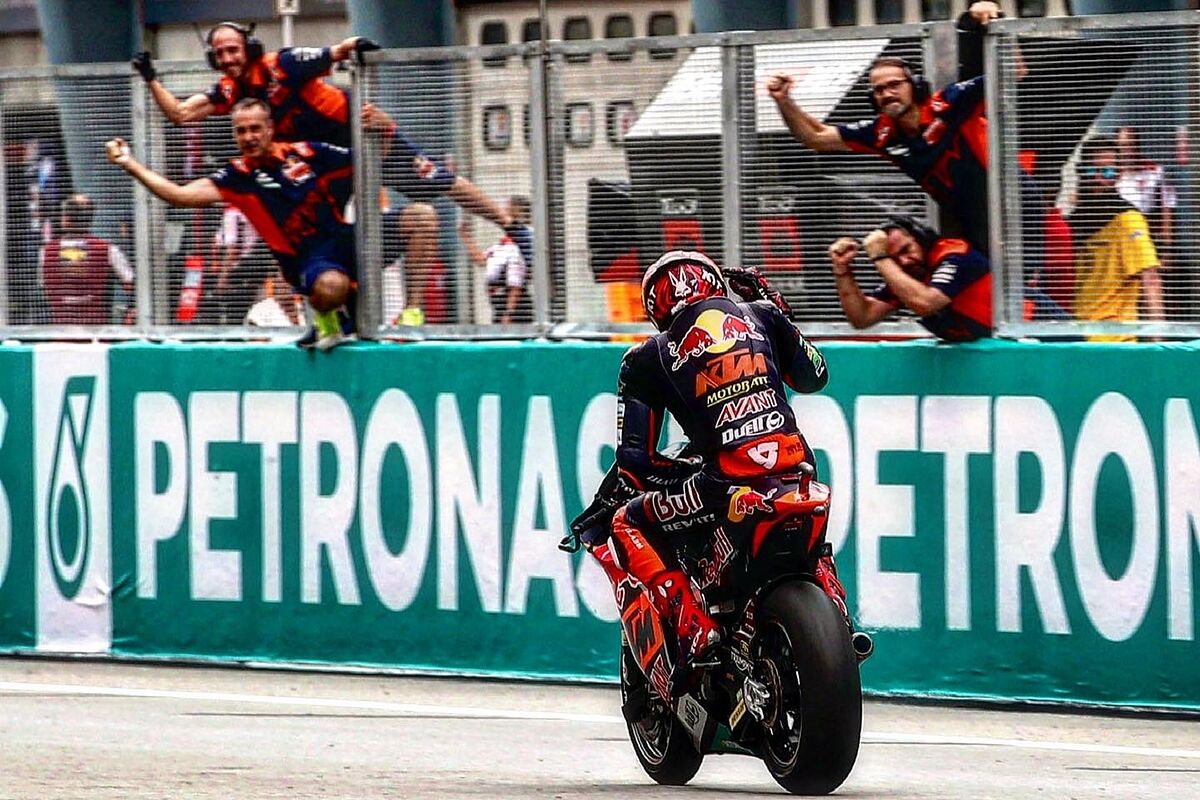 "The Virgin has appeared to us", he released with an overwhelmed face augusto fernndez to define what can only be classified as a miracle. His riv

Malaysian GP MotoGP 2022: The luck of the champion smiles on Augusto

“The Virgin has appeared to us”, he released with an overwhelmed face augusto fernndez to define what can only be classified as a miracle. His rival for the Moto2 title, Ai Ogura, wanted to overtake Arbolino at turn 9, but entered past and fell. He felt so strong that he was not satisfied with about 20 points that would have left the contest very well on track.

The Balearic, meanwhile, did what he could to overcome manu gonzlez, in the final turn and went from having it almost lost to not almost won, but very close. From being 23 points below to going to Cheste with 9.5 ahead. Therefore, Although Ogura wins the race in Valencia, it is enough for the Spanish driver to be third to win the World Championship.

This time I played face

The Mallorcan found it difficult to breathe after the anguish. “we have been lucky. We’ve survived in the group, but we got into a stupid fight with Dixon. It was a very tough race, but with the greatest satisfaction at the end of it. In Argentina I failed; this time it was Ogura’s turn“, he remembered on DAZN because in Phillip Island he was the one who had an accident when he was third after an Acosta who was going to let him pass.

Now only Ricardo Tormo remains, who also favors Augusto. “It is a circuit that I like, with little straight, we can have a very strong race. It’s enough for me to win the title by a quarter of a point”, he joked already relieved and smiling.

Ogura does not give up

For his part, Ogura is not giving up. “I wanted to win, but this time I crashed. For me, finishing second was not enough. I needed to win here. In the end I crashed, but that’s racing. Sometimes these things happen. Now I have to be focused to try to win in Valencia. The championship is not over yet. What has happened in Sepang now belongs to the past. I must focus on the future and give my best”, warned the Japanese.

Loading...
Newer Post
Japanese GP: the story of the unusual accident of Jules Bianchi, the last dead in Formula 1
Older Post
Boxing: Luis Quiones dies, a Colombian boxer who was hospitalized after the KO of his compatriot Jos Muoz