Manny Pacquiao, a boxing legend, hangs up his gloves and announces his retirement 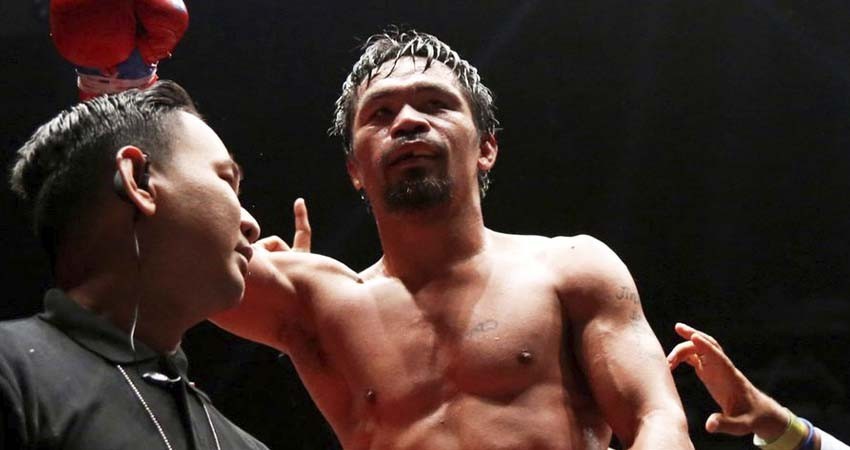 Mexico City.- With an extremely emotional video, Manny Pacquiao announced his retirement from boxing just after losing his las

Mexico City.- With an extremely emotional video, Manny Pacquiao announced his retirement from boxing just after losing his last fight to Yordenis Ugás, but also now that he intends to compete for the presidency of his native Philippines.

One of the greatest boxers in the history of the sport has hung up his gloves after several memorable fights, including those incredible battles against Mexico’s Juan Manuel Márquez, who declined for a fifth inning.

To the great fans and the greatest sports fans in the world, thank you. Thanks for all these memories. This is the most difficult decision I have made in my life, but I am calm with it, “wrote Pacquiao in his social networks as part of the farewell message.

The Devourer of Mexicans

As a boxer, his favorite rivals for years were the Mexicans, whom he beat whenever they faced each other in the ring. Since that 1999 when he defeated Gabriel ‘Torito’ Mira until 2012 with the knockout Juan Manuel Márquez to the Filipino. It was almost a decade of absolute dominance.

Besides being a good boxer, Pacquiao also became a politician. In 2010 he became a deputy and since 2016 he managed to be a senator in the Philippines. This September he also announced that he will run for the presidency of his country.