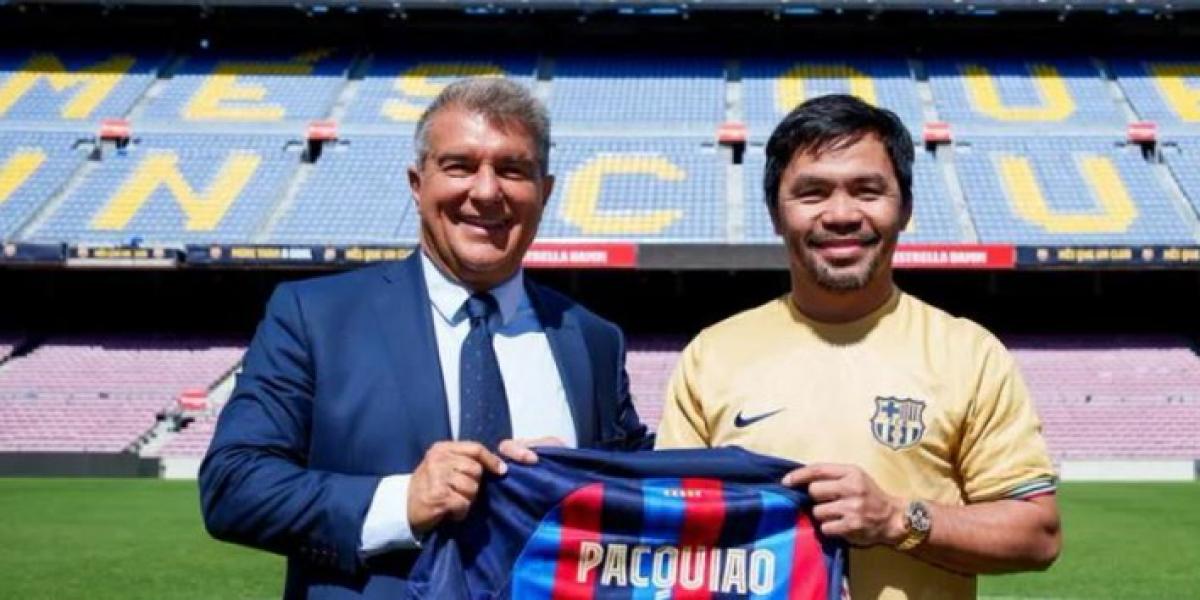 The Barca received this Wednesday the visit of an illustrious athlete, the former boxer Emmanuel ‘Manny’ Pacquiaowhich was received by the president Joan Laporta and the vice president Rafa Yuste. Pacquiao is considered one of the best boxers in history and as part of a private trip to Barcelona With his family he wanted to visit the Camp Nou, and he was also able to visit the Museum and the first team dressing room, accompanied by President Laporta, whom he had already known personally for a few years.

‘Pac Man’ Pacquiao He is the only boxer to have won nine world titles in eight different categories and was considered the best boxer of the 2000s by the World Boxing Council (WBC).

The Filipino, who retired definitively in 2021 after 25 years of sports career, also stands out for his multifaceted life: he has been an actor, singer and is currently engaged in politics and is the president of the PDP-Labán party, being a congressman of his country from 2010 to 2016 and, currently, senator. His passion for sports, especially basketball, also led him to become a player-coach for the Philippine Kia Motors team.

Pacquiao He has been very close to the fans who have recognized him during his visit to the Camp Nou pitch and the Museum, where he has been able to be photographed with the Champions League trophy, and has been especially interested in the figure of the striker Paulino Alcantaraa Filipino like him, who is considered the first star in the Club’s history and who, between 1912 and 1927, scored 369 goals in 357 official and friendly matches. 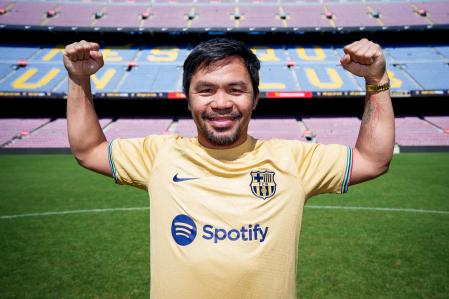 President laporta has presented him with the first and second shirts for the next 2022/23 season, personalized with his name, and Pacquiao He has been very grateful. “It is an honor to be here and visit this great stadium in Barcelona, ​​meet the President, the members of the Club and I am very grateful for the warm welcome I have received”.

Manny he visited the Camp Nou accompanied by his wife and four children. He is touring Europe and has traveled to Switzerland, south of France and now to Barcelona. His next destination will be Madrid. is accompanying you Marco GonkelManager of Europe by Alegria Tours Girona, who has organized the visit to the Camp Nou. PacquiaoIn addition to being a good soccer fan, he is also a great basketball fan. In fact, he has a team and he is a very good player.

Canelo around the world: this could be the new and distant venue for his next fights
Tim Bradley hits Golovkin hard in a third fight against Canelo
Ecuador A and B together with Puerto Rico dominate the Pacific Boxing Cup held in Portoviejo | Other Sports | sports
BOXING 3637