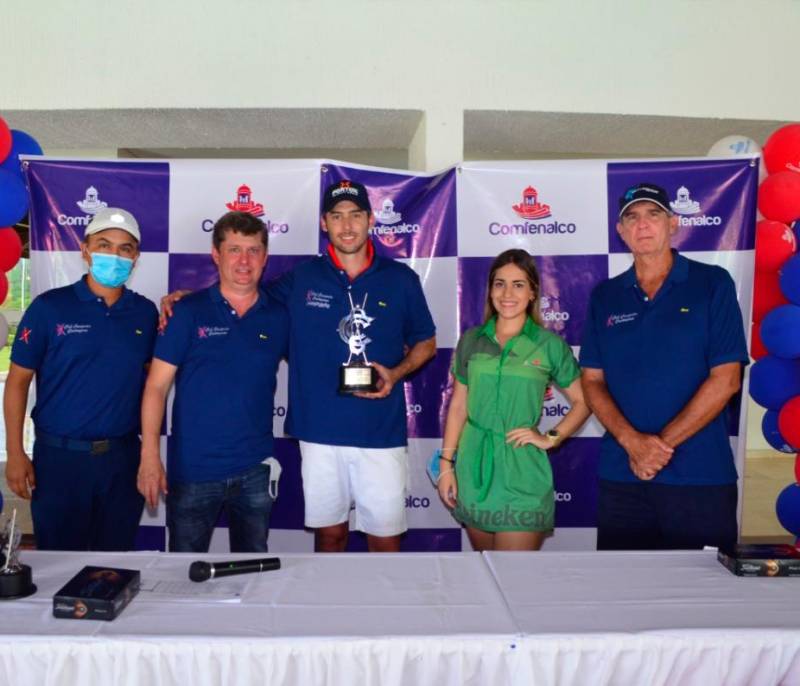 When it became known that Manuel Merizalde was going to participate in the Comfenalco Cup Amateur Golf Tournament, all eyes were immediately focus

When it became known that Manuel Merizalde was going to participate in the Comfenalco Cup Amateur Golf Tournament, all eyes were immediately focused on him and he became the favorite to take the title.

The former professional player of the Club El Rinconde Bogotá confirmed his favorite label by adding another champion trophy to his award-winning showcase this Sunday after finishing with a total of 213 strokes, four under par and beating Carlos Rodríguez, of the Farallones Club by six hits. Cali.

Merizalde presented a card of 71 hits (-1) in the first round on Friday and on Saturday he practically sealed his title with a score of 68 hits (-4) that catapulted him to the lead. Yesterday, Merizalde made one shot more than par and that was enough to add his second title this year, now as an amateur golfer.

The best net in the First Category was obtained by the Ecuadorian Ben El Cohn, with a total of 222 strokes, escorted by Henrique Lecompte (Club Campestre de Cartagena), 223 and Roberto Tarud (Country Club de Barranquilla), 223. (Merizalde, la great attraction of the Amateur Golf Tournament in Cartagena)

Tags: country Club
Golf: La Lucila is one of the finalists in the 4 Zones tournament
GOLF | Rahm will be in Meaztegi at the closing of the course of his project ‘Golf4Kids’
GOLF | THE INTRAHISTORY Jon Rahm leaves the Country Club without parking spaces
GOLF 447

Loading...
Newer Post
Vida feasted against Platense and is the new leader of Honduran soccer
Older Post
Pain in English football due to the chilling injury of a young Liverpool player in the game against Leeds