Marc and the falls, the price to pay 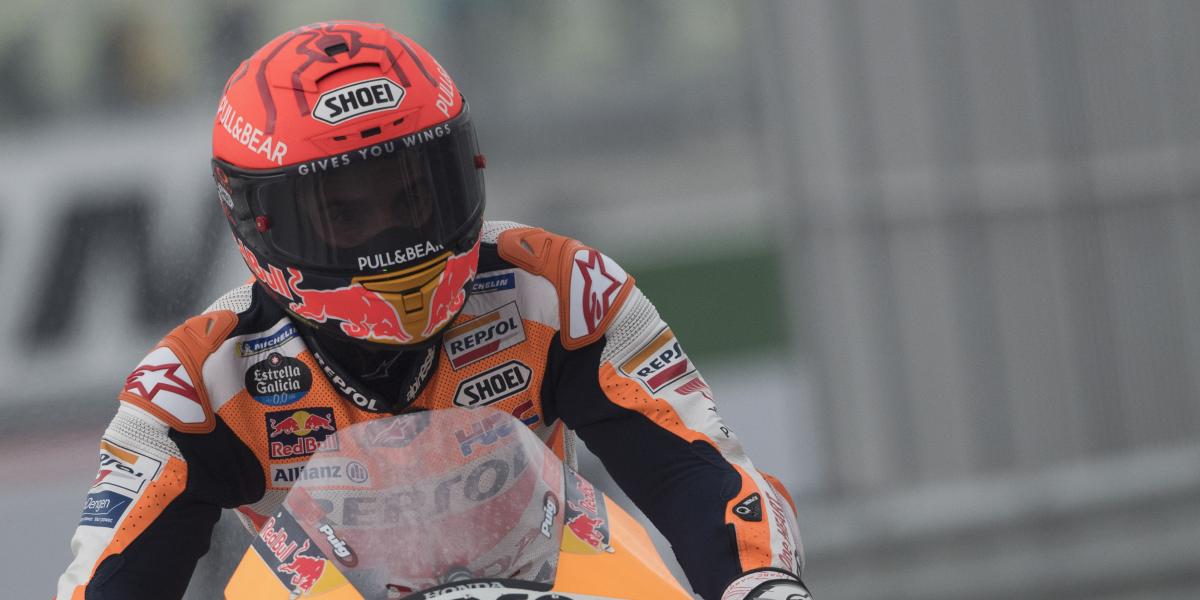 MotoGP engineers are working to stop the performance escalation of their bikes. And it is a surprise because for some “beings” whose leitmotif is to go faster and faster, make more and more powerful engines, thinking about putting limits to their imagination is already heresy. Putting it into practice then is anathema. But with the engines flirting with 300 hp and speeds exceeding 360 km / h, the engineers responsible for the MotoGP projects of the six factories of the World Championship have assumed that the time has come to “do something”. “If we continue to improve the engines every year as we have done in the past, in five years we will have a missile instead of a motorcycle. And we cannot climb on top of a missile to a pilot. In addition there is the whole discourse of the environment and others ”. I have spoken with several brands on this subject and not all of them agreed, but MotoGP travels inexorably towards the brake on performance, not technological development. It sounds like a contradiction, but it is not. The evolution of F1 engines, for example, can serve as a reference for what is to come; and I can’t say more.

MARC AND THE FALLS: The price to pay

With his 8 world titles, his 85 victories, his 138 podiums in the GGPP and the infinite records that are in his name, Marc Márquez is, in case anyone has not noticed, the reference rider of the current MotoGP. But the toll that Marc has paid to get here has been high. Your current situation is but one more notch down that road. The statistics of the World Cup in this sense reflect a very harsh reality. The numbers of the incidents in which he has ended up on the ground in the fourteen years he has been in the GGPP are to frown upon. Judge for yourself: in his three seasons in 125cc he added 43 falls, 21 in his time in Moto2 and 144 in his nine years in MotoGP; in total208 falls! At 28, Marc has spent half his life running around the world, and during that half life his body has suffered the rigors of an athlete who has made determination his flag. It has been many blows. “This is my way of running, and it is the way of running that has led me to win what I have won and to be who I am”, Marc has answered more than once when asked about his repeated crashes. Superlative success has its price; each one decides if it is worth it or not to face it.

LOSING THE TRAIN: In Ducati they have found their nº1

After closing the Dovizioso era – 14 victories and three consecutive runners-up – the Borgo Panigale factory began 2021 in search of its new reference rider. For this he put different types of pilots on the track on the same material. The new Ducati battering ram should make its way between them, something that has only happened late in the championship, when Pecco Bagnaia has not taken one step forward but two. Until that moment, from the French Zarco to the Australian Miller, with some moment in which even Jorge Martín seemed to be the chosen one. But it was the famous click after the first victory that separated the dust from the chaff. It could have happened much earlier when Bagnaia had all the ballots to win neither more nor less the Italian GP, ​​but he failed. An error that sent him back to square zero. Paradoxically it was in the second race in his country, in which Pecco won his first MotoGP GP that freed him. From there he has become the fastest rider on the track by far. Quartararo was lucky that Pecco missed the train at Mugello in mid-June, because otherwise on the day of the title the Fratelli d’Italia would probably have sounded instead of La Marseillaise.

Aleix: “I have no desire for my children to be pilots”
Marquez responds to “a lot of balls or stupidity?” from Miller
Danilo Petrucci, from MotoGP to the Dakar Rally
MOTOGP 266