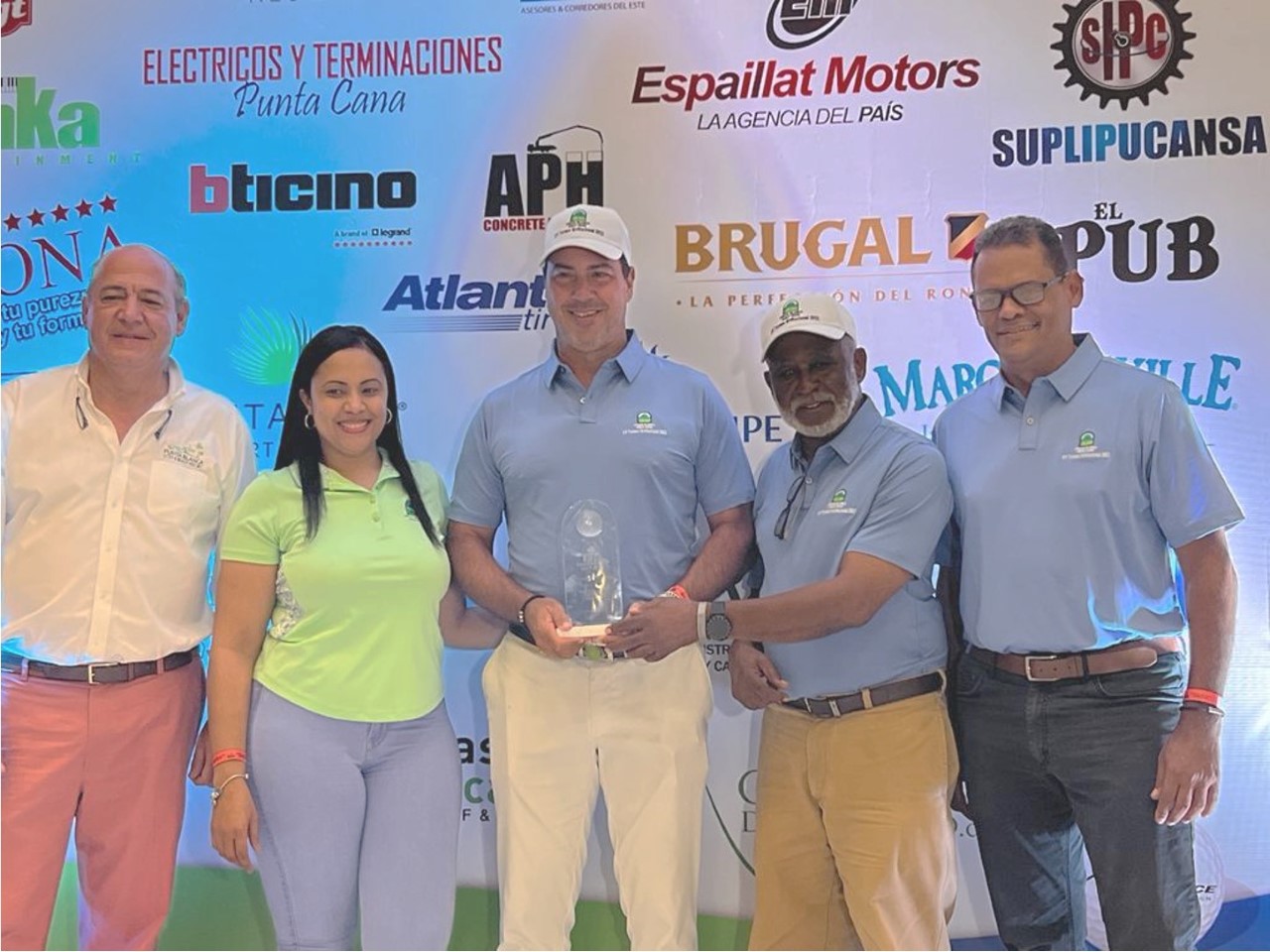 BAVARIAN. Marcel Olivares won top honors in the XV edition of the Punta Blanca Golf Club Invitational Tournament that was held this weekend, and

BAVARIAN. Marcel Olivares won top honors in the XV edition of the Punta Blanca Golf Club Invitational Tournament that was held this weekend, and which had a special dedication to the agricultural engineer Luis Manuel Alcántara.

Olivares was the winner of the best Gross Overall score of the event (154 strokes), after two impeccable rounds of golf designed by Nick Price. Franklin Sánchez occupied the first net position in category A with 140, followed by Enrique Rodríguez with 142, while Rodrigo Santana settled for third place with a score of 149.

In group B, Víctor Báez got the best gross score with 168, while Jorge Kuret, with 145, won first place, followed by Saulo Mota (151), after a card tiebreaker with Emirrig Marín, who ranked third in the tournament that was played under the Medal Play (Stroke Play) modality.

In C, Cesar Vicioso won the best Gross (180), and Ángel Luis Peguero (1st), Iñaqui Martinez (2nd), and Saul Mota came third in net scores. In the Senior A category, Luis Matos obtained the Gross (154), and Conrado Sóliman with 148 took first place, followed by Hea Chin with 152. For the senior B, José Espaillat won the Gross (186), and Rafael Frómeta won with a score of 161, leaving the second to Juan Bodré by card tiebreaker. In the female branch, Binky Hurtado was the most dominant player with a score of 151, followed by Annie Gagnon with 162. Third place went to Debra Luna with 167.

The event had a packed program with a practice round on Friday, a great welcome cocktail, two rounds of golf and various social activities.