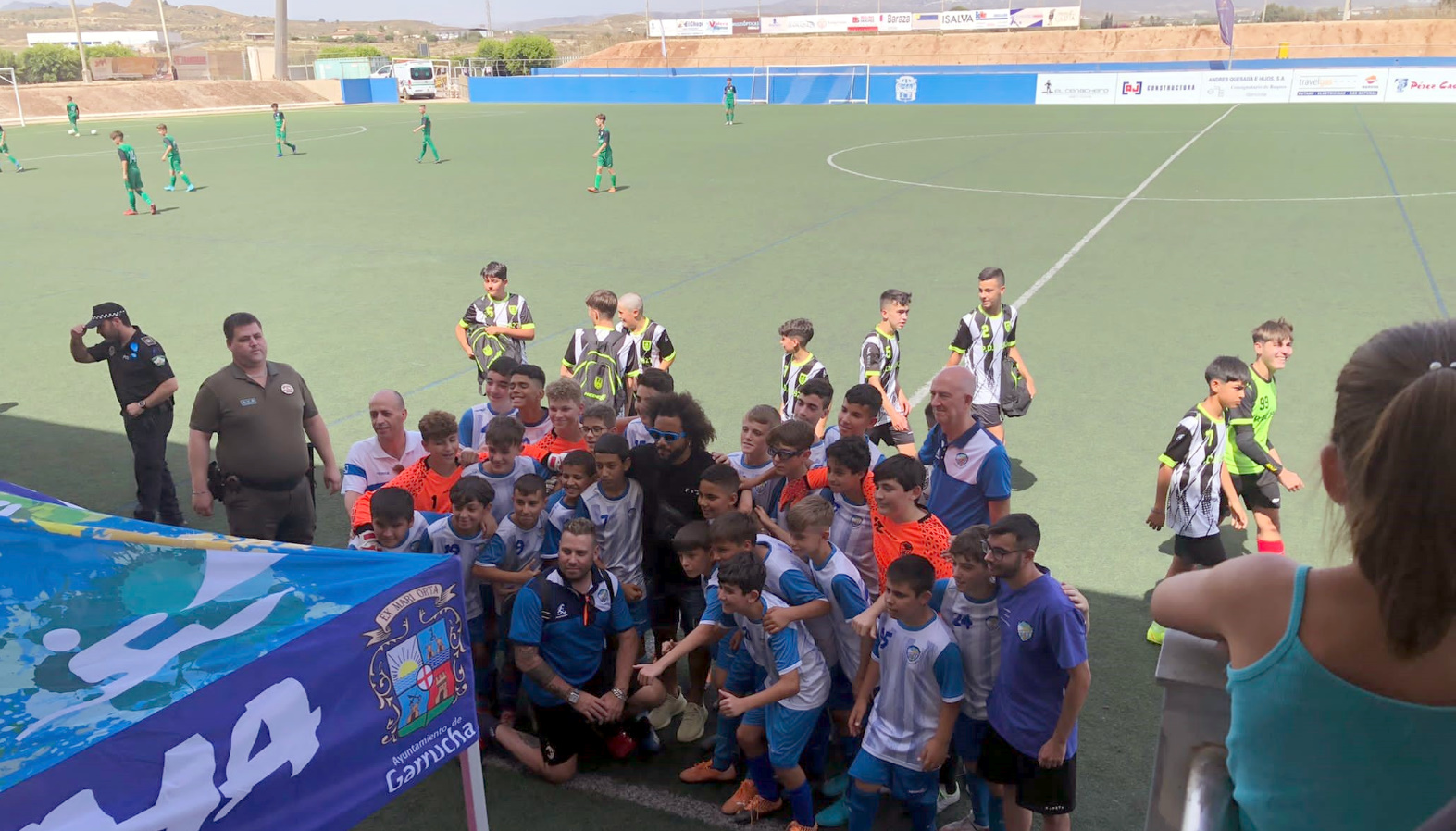 Marcelo Vieira, the most successful footballer in the history of Real Madrid, today unleashed passions in Garrucha, when he was seen arriving at the Emilio Moldenhauer stadium with his son Enzo to play a match with Real Madrid’s Infantil team in the Levante Cup of lower categories.

Enzo, unlike his father, plays as a scoring striker and despite his 13 years he is already the same height as his father. Marcelo has just said goodbye to Real Madrid where he has been for the last 16 years, reaping 25 titles. The player from Rio de Janeiro, born 34 years ago in Río de Jainero, has become a Spanish citizen and there is speculation that his friend Ronaldo Nazario might sign him for Valladolid.

Marcelo has taken photos with the boys from the garruche quarry and is staying at the Mojácar National Tourist Parador. It is not the first time that a footballer from the Real Madrid first team has passed through Garrucha. In the 90s they had a home in Las Buganvillas owned by Vera Chendo, current Field delegate, and exporter Paco Buyo. Also Zinedine Zidane, married to an Almerian from El Pilar de Lubrín, usually spends a few days on vacation in the area and goes to dinner fish and seafood at some restaurants in Garrucha, since his time at Juventus in Turin. A native of Garrucha was the Great Berruezo, who came to play some friendly matches with Real Madrid in the 1930s.

Loading...
Newer Post
Canadian GP F1 2022: Checo Prez wants to take advantage of Ferrari’s mistakes and return to the podium of the Canadian Grand Prix after 10 years
Older Post
Boxer Musa Askan Yamak suffers a heart attack in the ring and dies in the middle of a fight