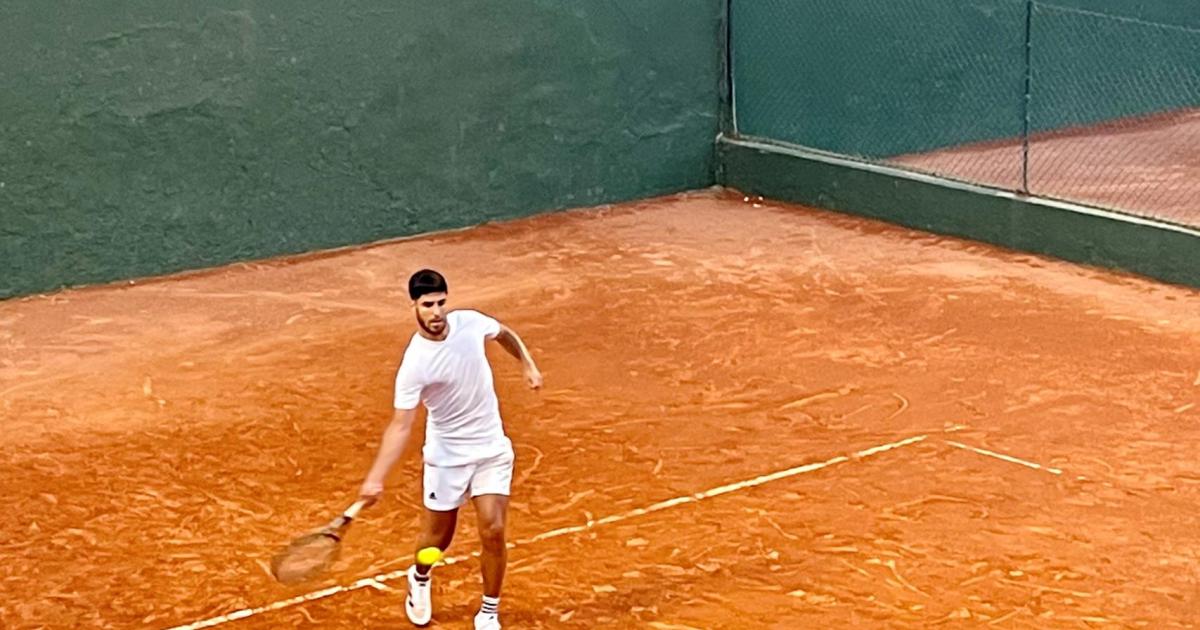 After spending a few unforgettable days in the Bahamas Together with his girlfriend, Sandra Garal, the Majorcan Real Madrid footballer ends his vac

After spending a few unforgettable days in the Bahamas Together with his girlfriend, Sandra Garal, the Majorcan Real Madrid footballer ends his vacation days in Majorca, before returning to the pitch. The couple spends their time going out to dinner or on a boat, alone or with friends, and the striker also continues to maintain his good physical shape by devoting hours to the gym or other sports. Among his hobbies, tennis. Marco Asensio has good touch with the racket and we witnessed it on the clay court of the Sporting Club Portals.

For an hour and a half, the footballer, who these days will decide whether to leave or stay with the team led by Carlo Ancelotti, offered a whole recital of blows with the right, backhand and even dunks. A real show in which he beat his two rivals, two of his friends who took turns, while four boys and a girl applauded him from the stands on several occasions.

In a moment of rest, and while Marco Asensio consulted his mobile phone, the Mallorcan agreed to dedicate an autograph to them or take a picture with them, since the little ones had to go home. “I’ve been playing tennis for a few years, since I was little,” he commented before returning to the court and finishing “crushing” his friends

Loading...
Newer Post
Who is the best striker in Argentine soccer? – The previous
Older Post
Pablo Pucci, MMA champion: “The biggest sacrifice is finding the space to train”