Mario Herreruela gets a 14 in the EVAU, the highest grade in Spain 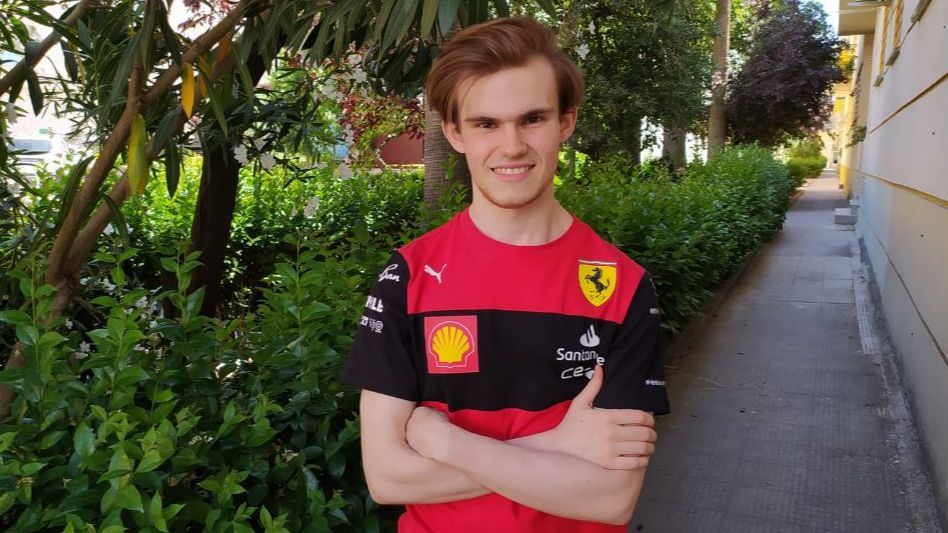 Mario Herreruela gets a 14 in the EVAU, the highest grade in Spain

Impossible to do better than Mario Herreruela Rosado. This 18-year-old young man from Extremadura has ‘exited’ in the Evaluation for Access to the University. He got a 14, the best possible grade and the highest in Spain along with another handful of excellent students. In Baccalaureate he had an average of 10. In the four compulsory exams of the EBAU, another four tens. And in the two voluntary subjects, a 10 in Drawing and a 9.75 in Physics. But since the Mathematics grade is weighted, that 9.75 is replaced by 10 and there comes 14.

“I had to look at it four or five times in case there was an error on the website. I updated it several times to believe it was true. I thought I was going to get a good grade, a 13 or 13.5. But 14 seemed that was unattainable”, explains Mario proudly.

This young man, who has studied at the IES Augustóbriga in Navalmoral de la Mata, knew that he did not need excellence at the EBAU. He is going to study Mechanical Engineering at the University of Badajoz, and a five was enough for him. He had been very clear for a long time about what career he was going to choose because he has a dream and a passion. “I want to work in motorsport one day. If I could choose, I would want to do it in Formula 1, in a team. I want to have the knowledge to configure the cars, the aerodynamics, their construction, how the engines or suspension systems work,” says an excited Mario.

“My father is ‘alonsista’, I can’t choose between Carlos Sainz and Fernando Alonso, I like both. Between Verstappen and Hamilton, I prefer Verstappen a little more. And Vettel I think he has many principles and he is a driver that I like a lot because he is always very humble, “explains the highest mark of Selectivity. Although he is clear that his thing is not to drive but to work on the cars. That’s why he also admires engineers. “For example Adrian Newey, from Red Bull. He studied Aeronautical Engineering, but recognized one day that perhaps it would have been better to study Mechanical Engineering.” He is also a Ferrari fan, as can be seen in the photo and video that accompanies this article.

“If one day I faced a job interview with a great team, then I would learn the regulations of that year, the team car, what differentiates it from other single-seaters… One day I saw a video of an interview with a Spanish engineer who wanted to go to work at Mercedes and they showed him an isolated part of the car. He had to identify which piece it was and say what it was for. He did it, and he also said that the piece was broken and that it was useless, “Mario recounts with great emotion.

I only stopped to watch the races

He enjoys talking about Formula 1 and broadcasts it. This Sunday saw the Canadian Grand Prix. And finally he was able to do it with peace of mind. The EVAU had already finished and the nerves were only felt by Sainz’s attempts to overtake Verstappen. Mario has studied for many hours and very hard, but he always found a time to watch the broadcasts of the races, of which he also declares himself an absolute “fan”. “I’ve studied a lot but when the Sunday races came around, I always stopped to watch them. It’s helped me a lot, we could say. Seeing the grand prix and listening to Lobato, Pedro Martínez de la Rosa or Toni Cuquerella It’s been a blast.”

Mario is the pride of his family. “My parents are very happy at home.” Also from his institute, as we could verify when calling the center. And of course, from his town where everyone appreciates the feat. “It’s one of the most beautiful things, to be recognized for the effort you’ve already made,” says Mario, that in September the next adventure of his life begins. Who knows if he will be at Ferrari, Mercedes or Red Bull for a few years, fulfilling his dream.

Tags: note, plus, ebau
Video: Formula 1 drivers reviewed their predictions: were they right?
Max Verstappen said he almost lost the title due to a cramp on the last lap
Pure history: Fernando Alonso is part of a fantastic ranking in Formula 1
FORMULA 1 1543

Loading...
Newer Post
The US Open shows what really matters in golf
Older Post
Soccer Neymar chooses Rodrygo as his successor to wear the 10 shirt in the Brazilian national team