Mark Zuckerberg in the UFC? Impress McGregor with his MMA skills 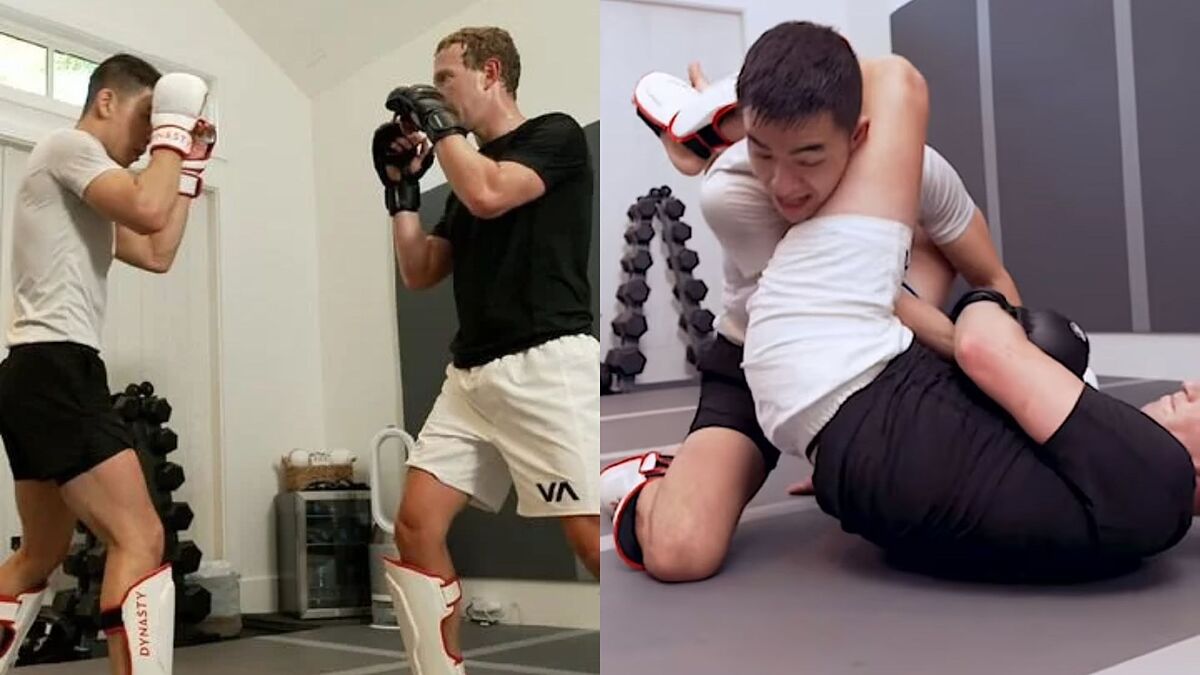 mark zuckerberg showed off his amazing skills mma in a session of sparring with the former Bellator wrestler Khai Wu. the founder of Facebook has

mark zuckerberg showed off his amazing skills mma in a session of sparring with the former Bellator wrestler Khai Wu. the founder of Facebook has always made it clear that he is passionate about mmaas he explained in his last interview in ‘Joe Rogan Experience‘.

The video posted on his Instagram account shows the billionaire in training. Zuckerberg shows strong hands, excellent movement of the head, as well as of the legs and even an incredible transition of arm – triangle.

Some fighters from UFCJoe Rogan and also the UFC on Twitter, Zuckerberg has been congratulated on his skill. Even conor mcgregorwho rated Zuckerberg’s training as “f**king awesome!”

Zuckerberg, fascinated: “Where has this been all my life?”

In his appearance on the JRE, Zuckerberg revealed that he has replaced running in his training program with MMA and jiu-jitsu. He also noted that one of the biggest regrets of his life was learning fencing instead of wrestling in high school.

“From the first session I did, five minutes later I said: ‘Where has this been all my life?’ My mom forced me to participate in three varsity sports…my life took a wrong turn when I chose to compete in fencing over wrestling in high school.”

Paddy Pimblett joked that he loved Zuckerberg as his next opponent in March, calling him “thug” and “lizard”. This was also seen as a response to the banning of Pimblett’s Instagram account. In addition, he pointed out that he uses his social networks mainly to help “charities and people with mental health problems”.

Loading...
Newer Post
Glimpse of the ninth date of the second phase of Ecuadorian soccer
Older Post
Creamfields Chile November 2022 | When does the ticket sale start? | Where to buy tickets?