Marlon ‘El Chito’ Vera: 16 facts about the Ecuadorian who fights in the UFC 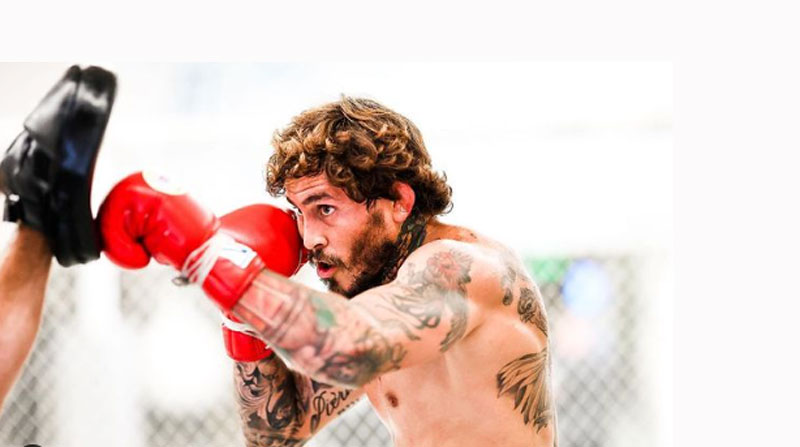 Marlon 'chito' Vera adds more supporters and followers, at 29 years old. For his victories, his new fans know more about the Ult

Marlon ‘chito‘ Vera adds more supporters and followers, at 29 years old. For his victories, his new fans know more about the Ultimate Fighting Championship (UFC), an unpopular discipline in Ecuador.

The night of Saturday, April 30, 2022, the manabita defeatedby unanimous decision, to the American Rob Fontafter five rounds in which he laid the foundations to go in search of the title of bantamweightthe category in which Marlon ‘El Chito’ Vera competes.

But to get to this point, ‘Chito’ Vera has traveled a long road that began in her adolescence and it grew stronger year by year. These are the 15 data that allow us to know his rise to the ‘top’ 5 of the UFC.

3.- They call him ‘Chito’ since he was a child. When they asked him his middle name, instead of answering Andresito, he pronounced “Andrechito”.

4.- Before dedicating himself to mixed martial arts, he practiced surf.

5.- It is married with Maria Paula Escobar. They have known each other since they were children.

6.- Ana Paula, Jorge Ignacio and Eliana are the names of her three sons.

7.- At 17 years old, in Guayaquil, began his mixed martial arts training. His first coach was Frank Vidal, at the 50/50 Academy.

8.- His style of Fight It is based on jiu-jitsu, muay thai and boxing.

9.- His first fight in the UFC was against eThe Mexican Marco Beltran on November 15, 2014 in Mexico City. He lost by unanimous decision.

10.- It took about nine months for him to climb back into the octagon. He did it on August 8, 2015 in Nashville, Tennessee. He won by submission to the American Roman Salar.

12.- In 2014 he was invited to participate in the reality show of the UFC The Ultimate Fighter. She made it to the semi-finals, but was unable to continue due to a skin problem.

14.- Currently, it ranks eighth in the category of bantamweight.

15.- In the UFC he has fought in the United States, Argentina, Brazil, England, Australia and Mexico.

16. “With work, with sacrifice, with dedication, everything is possible. Up Ecuador. I’m going to take the belt to the country”, he said after his last fight.

Andrade returns to his division in a big way: submission and record
Michael Bisping ‘would love’ to beat Logan or Jake Paul in boxing or MMA
‘King of KO’ wants to stop Tuivasa’s rise in the UFC – Lights of the Century
UFC/MMA 942

Loading...
Newer Post
Winners of the futsal Champions League: who has the most and how many titles each team has
Older Post
NBA PlayOffs 2022: Antetokounmpo doing what he wants with the Celtics’ defense, how barbaric!