Masi clarifies Alonso’s maneuver at the exit from Sochi 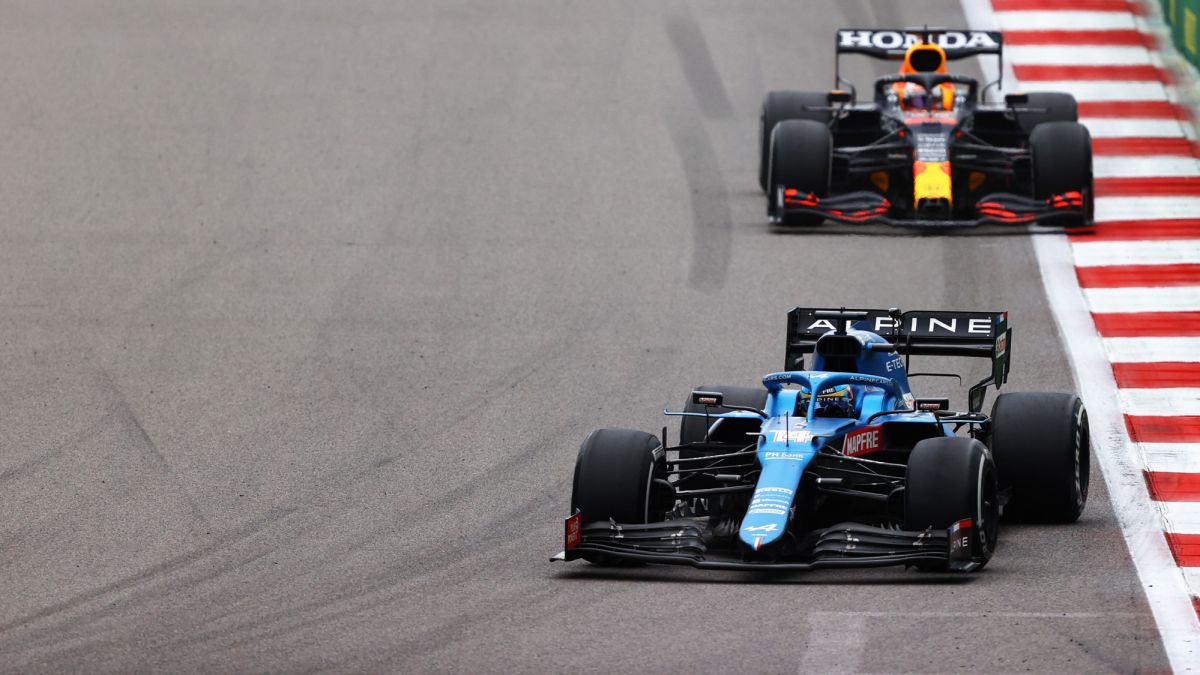 At the exit from Sochi, Fernando Alonso had to skip the second corner on the outside to avoid a braking accident with George Russell. The Spaniar

At the exit from Sochi, Fernando Alonso had to skip the second corner on the outside to avoid a braking accident with George Russell. The Spaniard drew on the outside quite quickly and rejoined the track after the turn with good inertia. It could appear that he had taken advantage of the limits of the track and that sometimes carries a penalty in Formula 1, but Michael Masi later clarified why the maneuver was not even investigated: there was nothing punishable, he entered the curve in fourth position and came out fourth.

“It was not spared, if you look at it, in any race, when the first corners have loopholes of this type, the drivers have to come out of the corner behind the driver who was in front of them before entering the corner. And Fernando did. , very fast, “explained the Australian, FIA race director. “Since 2019, the pilots requested it after a penalty to Sergio Pérez. From then on, in the first three corners the rider must exit the curves in the same position in which he entered, or he will be asked to return the position “, clarifies about the rule, so “there was no need to investigate.”

Alonso was critical at the beginning of the season with the drivers who frequently took advantage of the limits of the track, at the starts, to gain positions. Annoying, at first, then he said that “I’m going to the dark side.” In this case, the Asturian clarified: “I had to skip the chicane because I almost took Russell over.” Turn two in Sochi is one of the most complex on the calendar because the first lap is reached at very high speed with the peloton grouped together and the slipstreams generate large differences in performance.

Who is the favorite to win the Formula 1 World Championship?
McLaren hopes F1’s 2022 schedule won’t be so tiresome
Formula 1: the unusual accident that scared everyone and left Verstappen and Hamilton out at Monza
FORMULA 1 169

Loading...
Newer Post
Playoffs WNBA 2021: Astou Ndour hits first in the semifinals by the hand of a hysterical Vandersloot: 12 + 10 + 18 !!
Older Post
Real Madrid: Ancelotti: “We didn’t lose by putting Camavinga on the left back”