Mateo’s odyssey to boxing in France: 31 hours of travel after a traffic accident 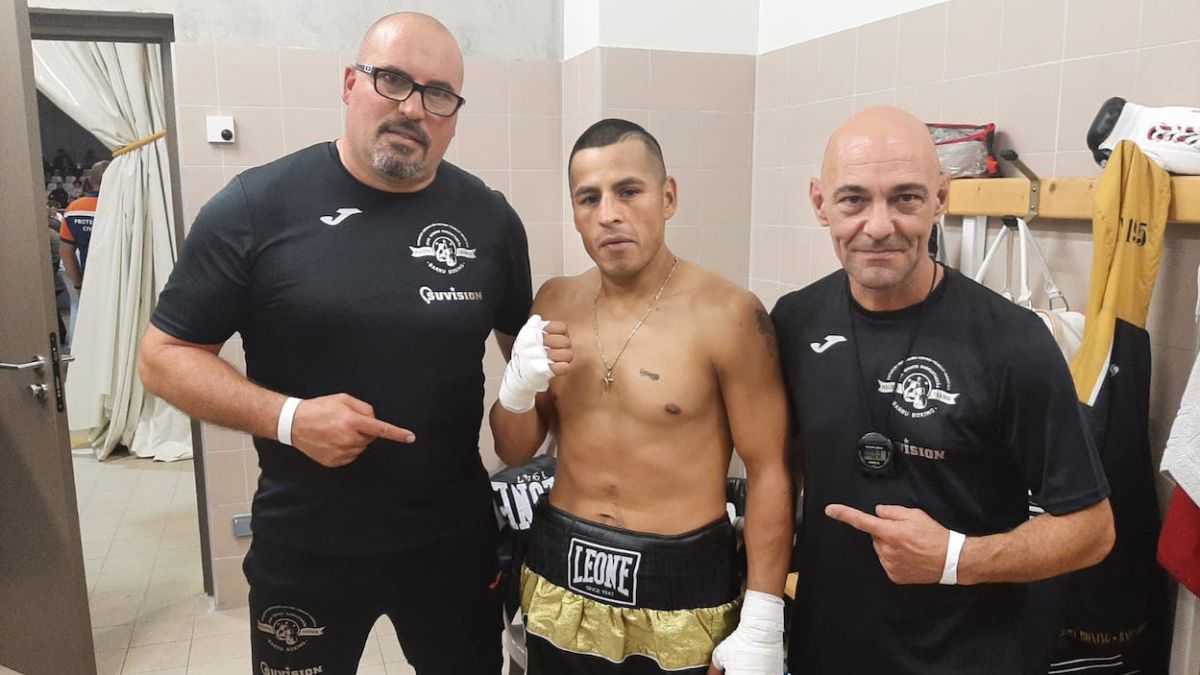 Far from the spotlight of the big fights, there are still stories in boxing that are hard to believe. One of them happened to the Bolivian, resid

Far from the spotlight of the big fights, there are still stories in boxing that are hard to believe. One of them happened to the Bolivian, resident in Logroño, Ricardo Fernandez ‘Mateo’. The Euskobox fighter had a fight last Saturday in Carcassonne (France) against the French lightweight champion Jaouad Belmehdi. On Friday, he and his team (José Ignacio Barruetabeña and Félix García) were heading towards the weigh-in when their odyssey began. From Logroño to the place of the combat there are 591 kilometers. It is common for Spanish and French fighters to choose the car because despite the distances it is a more comfortable trip than the plane due to the connections. This displacement, obviously, is covered in terms of cost by the local developer.

Everything went wrong when crossing the border in Biarritz. Mateo and his team had an accident. Fortunately, the three members of the vehicle were unharmed, but the car was useless to continue the march. The easy thing would have been to find a method of transportation to Logroño and reject the fight, but the boxer and his coaches did not want to leave the French promoter lying down, since his was the background fight of the evening he was organizing. Therefore, they spoke with their promoter and with that of the rival to find a solution. They managed by taking taxis, trains and spending the night outside of Carcassonne that Friday in order to reach the French city on Saturday after 31 hours of travel. The visitors advanced all the money, and the French promoter promised to bear the costs of everything.

Mateo arrived in Carcassonne, weighed himself and fought. Chelped points in eight rounds (80-72, 80-72 and 79-73), but it left a good feeling, more after all the past. “It is incredible how ‘Mateo’ has responded in front of a real prospect. He has gone from less to more, increasing the pace and working on his preparations. Belmehdi is very dangerous and he has won the fight, but he has not had it easy. The physical display and concentration of ‘Mateo’ after this odyssey and with the difficulties we have faced are to take off his hat. This boy is admirable“explained the Riojan coach José Ignacio Barruetabeña after the lawsuit.

The unpleasant surprise came there. When perceiving the bag, the French promoter did not pay any of the extra costs that he promised to compensate. So far it has not done so and the promoter of the Bolivian is upset, with good reason. “Let’s see how they respond throughout the week. If they do not comply, we will resort to the legal measures that we consider necessary to defend the interests of the boxer and his coaches.. This is unacceptable and very bad for boxing, “says José Luis Celaya, his manager.

Boxer Lenin Castillo is knocked out and convulses in ring
Deontay Wilder to knock out Tyson Fury in five rounds, coach warns
Antonio Barrul starts the road to Paris 2024 in Belgrade
BOXING 1346

Loading...
Newer Post
Six months out! Kevin Lee was suspended for banned substances in the UFC
Older Post
NBA: James Harden runs out of the bargain: from 48 to 11 free throws due to the change of rules in the NBA