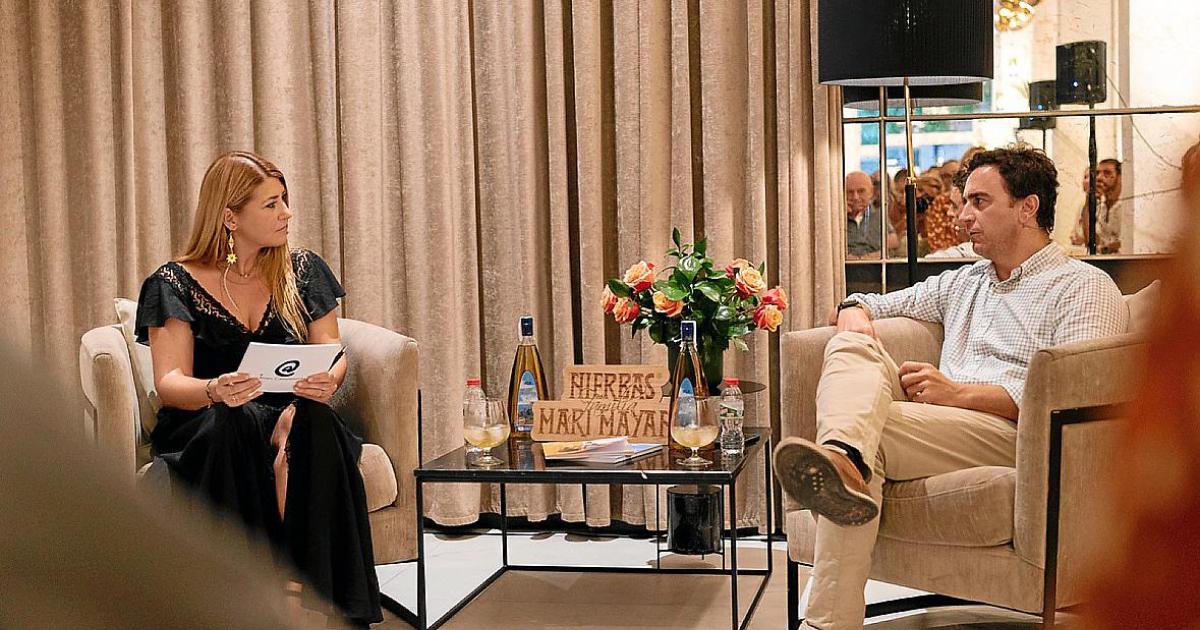 The Ibizan businessman Abel Matutes Prats was yesterday the protagonist of the interview space 'Unas Hierbas con...', hosted by the journalist Mont

The Ibizan businessman Abel Matutes Prats was yesterday the protagonist of the interview space ‘Unas Hierbas con…’, hosted by the journalist Montse Monsalve at Ebusus Cultural Society. This meeting served for the owner of one of the most important hotel groups in the world to detail how he managed to consolidate his professional career, what his vision of the future is, his impressions regarding the current socioeconomic situation and some curious facts and anecdotes about his childhood and youth in Ibiza.

In this sense, Matutes recognized that, as a good businessman, he is a lover of risk and clarified that “it is in my blood”, delving into the fact that his main objective in his hotels and establishments, located in places as disparate as Jamaica or Mexico, is that “people return to our hotels feeling that for what they have paid they have received much more than they imagined”.

During the interview, the businessman pointed out that most of the success of his companies comes from his human team «since I have always been clear that I want to surround myself with the best and that the team of people behind an entity is everything ». Thus, the protagonist of this cultural meeting explained how at one point in his career he took an MBA «and there I found seven people who are still working with me, among whom was the love of my life, my wife Linda, who was the one who launched the marketing plan for Ushuaïa Ibiza Beach Hotel, which was a complete success and for which we received the Medal for Tourism Achievement in Innovation in 2012». Years later, the president of the Palladium Hotel Group was also a father, assuring that this “new position” has been “my greatest achievement” and what has generated the most happiness throughout his life.

During this meeting, Matutes also highlighted that the island sometimes and, in his opinion, “excessively covers many projects.” “We think that by prohibiting we are going to take better care of the island, and nothing is further from the truth because there are other countries in which the place is preserved and yet they make it much easier to invest,” said the businessman.

The president of the Palladium Hotel Group made a special emphasis on the current environmental policies on the island. “I believe that a more intelligent and unapologetic policy would fix many things and would really attract healthy tourism,” he asserted, and pointed out that, “for example, the creation of several golf courses could be launched, seeking them to come to the island lovers of this sport, since this is healthy tourism that would also be kept out of season and whose environmental impact could be positive if the desalinated water that is thrown into the sea were reused.

Loading...
Newer Post
How to buy tickets for the classic between Alianza Lima vs Universitario?
Older Post
Nobody expected it: the rising star of F2 who would reach Formula 1 in 2023