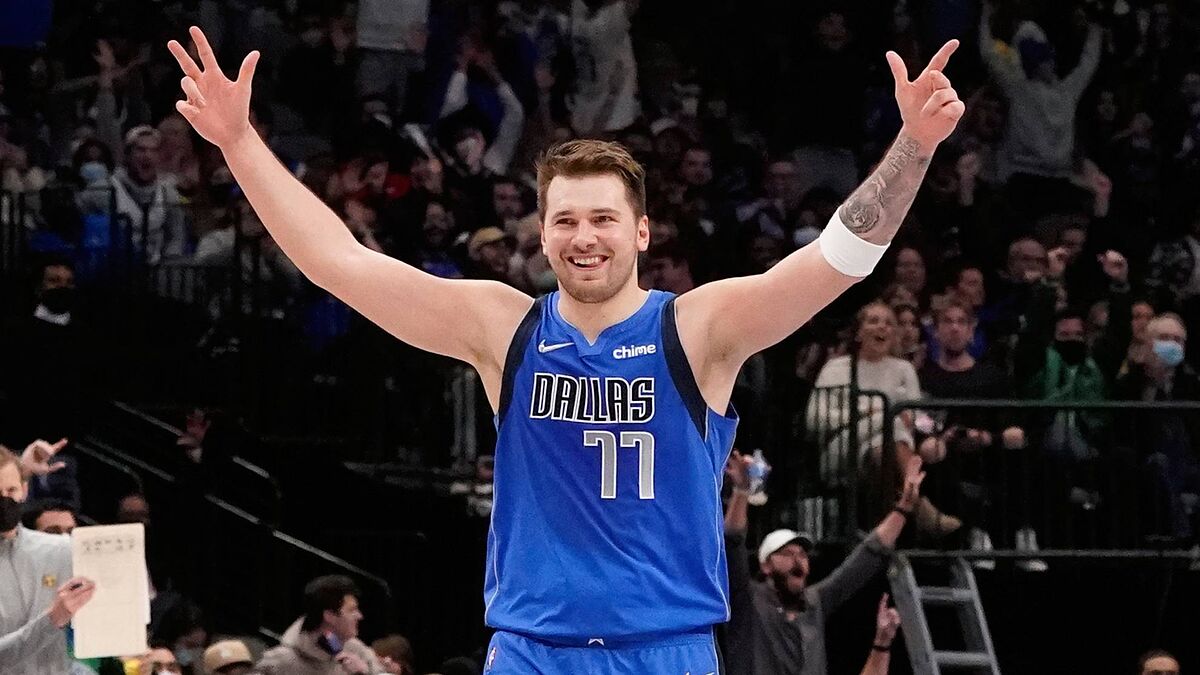 Lyou Dallas mavericks they had no trouble defeating the Nuggets for 103-89 in a game in which the Denver team made numerous mistakes, they reached

Lyou Dallas mavericks they had no trouble defeating the Nuggets for 103-89 in a game in which the Denver team made numerous mistakes, they reached lose up to 25 balls, and in which Luka doncic I ended up with a new double double of 21 points and 15 assists.

Doncic, what on Sunday he returned to the courts after 10 games of absence, played 34 minutes and was the second highest scorer of the game, just behind Nikola Jokic, the Nuggets&#8217; pvot. Doncic also equaled the maximum number of assists he has gotten this season.

He hallucinates with Doncic: one-hand assist from the other side of the pitch

Jokic for his part he made a double double of 27 points, 16 rebounds, 3 assists and 2 steals. But the Serbian player was practically alone against those of Dallas. Just two other Nuggets players, Will Barton and Aaron Gordon, scored more than 10 points against the Mavericks.

The Argentine base of the Nuggets, Facundo Campazzo, He could not repeat his performance of Saturday against the Houston Rockets, when he played his best game since he arrived in the NBA and against the Mavs he had to be content with 8 points, 5 rebounds and 5 assists.

The key to the game was the imprecision and numerous errors of the Nuggets, who lost 25 balls and allowed Dallas to score 28 points as a result of those losses. In contrast, the Mavericks only gave up 11 balls in the entire game.

From the first quarter of the game, the Nuggets showed they had concentration problems. For much of the first 12 minutes, the two teams were balanced thanks to the performance of Jokic and Gordon on the Denver team.

But when, 1.54 from the end of the quarter, Jokic retired to the bench, Denver lost their way. He went from 18-20 for the Nuggets to 24-20 for Dallas when the period ended.

The start of the second quarter only made the situation worse for the visitors. Without Jokic on the track, the Mavs&#8217; lead increased to 11 points, 31-20.

Nothing worked for the Nuggets. Campazzo continued to zero in points and zero in assists and the ball losses were starting to pile up.

The usual Luka Doncic: step forward, step back &#8230; and a winning basket

With 1.44 left before halftime, the Mavericks had their biggest lead yet, 44-31, thanks to two free throws made by Doncic.

When the two teams went to the changing rooms, the scoreboard indicated a 46-37. Jokic and Gordon had 22 points, more than half of all the rest of their team, and five of the 11 players the Nuggets have used so far, including Campazzo, had not contributed a single point.

Coming from halftime, the Nugetts, who were without seven of their players due to injuries and covid protocols, improved their game.

30 seconds after the restart, Campazzo got his first assist of the match with a pass to Jokic that culminated in a triple and placed the light at 46-40. The Argentine guard began to move the ball better in attack and the points and assists began to arrive.

The Mavericks responded as a team and by the end of the third quarter, the Nuggets had only managed to scratch 3 points ahead of Dallas, leaving the score at 69-63.

In the last 12 minutes, imprecision took hold again of the Nuggets who lost another 6 balls in the last quarter and all 5 triples they tried failed.

When Nuggets backup coach Popeye Jones made the headlines with 2.12 left in the game and 95-82 on the scoreboard, the frustration of players like Campazzo was evident.

With the bench on the court, the Mavericks advantage reached up to 17 points although the final score remained at 103-89 for the locals.

Tags: Nikola Jokic, basketball nba, Denver nuggets
NBA: DeRozan Makes Flying Bulls Leaders
NBA: The thing about the benches in the NBA is scandalous: That’s how the Celtics ended after three triples in a row by a teammate
NBA: The ‘desperate’ NBA announcement to mark its 75th anniversary … with a Jordan that is not Michael Jordan
NBA 1316