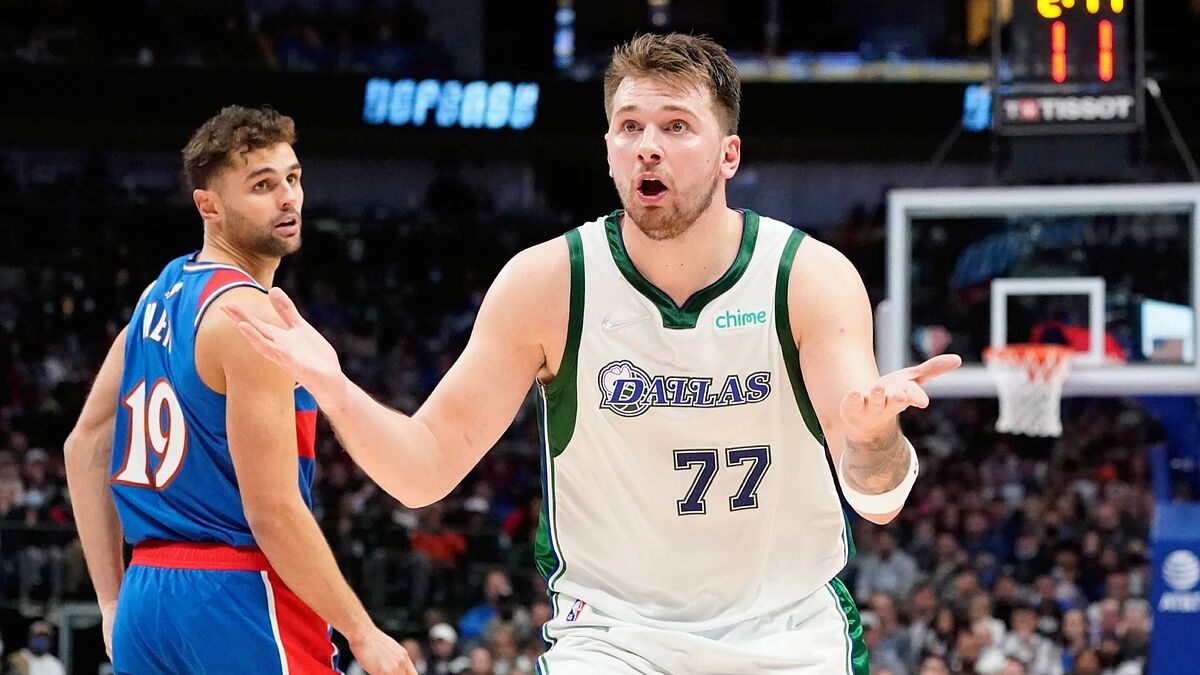 Luka doncic He cannot handle everything by himself and this is how he demonstrated it again in the last match played by the Dallas mavericks. The

Luka doncic He cannot handle everything by himself and this is how he demonstrated it again in the last match played by the Dallas mavericks. The Slovenian star once again showed his might but was unable to guide the Texan team to victory against Washington wizards who confirmed their condition as a great surprise in this first quarter of the season with an important victory in Dallas: 114-120.

Bradley Beal he was the best player in the capital with 26 points, while Kyle kuzma wrote down 10 of his 22 points in the fourth quarter to give the thirteenth victory of the season for the Wizards, which was sealed by Kentavious Caldwell-Pope with four decisive points in the closing seconds of a clash that again revealed the problems of the Mavs.

Luka doncic was, again, the great star of a team that has few offensive arguments beyond the Slovenian. The ex of Real Madrid returned to give a recital with 33 points (13 of 25 from the field and three of nine from the triple), 10 rebounds and four assists. But their numbers did not mean the triumph of a team that remains with a 10-8 balance.

A team that jumped onto the court like a whirlwind and closed the first half with an advantage (69-61) after score more than 58% of their field goals. However, Jason Kidd&#8217;s outfit suffered a locker room blackout and closed the second half of the shock with a poor 34% of success that explains the eighth loss of the season for the Texans.

The Wizards took advantage of the local disconnection in the second half and pressed the accelerator to finish with their second best score of the season in a game in which the Mavs defense (11th best team in the league with 105.4 average points conceded per game) also made water.

With the score 114-116 with 24 seconds remaining, the Mavericks played it and decided not to need it and tried to steal the ball to a Caldwell-Pope who was limited to bouncing until finally he was fouled by Kleber with 10 seconds left. &#8220;Many teams think that you are going to need it and they keep the ball waiting. We hoped to steal it,&#8221; Kidd justified himself after seeing how the Wizards players hit free throws to put the finishing touch to the game.

Tags: Luka doncic, Dallas mavericks, basketball nba
NBA: Curry’s secret to being the best shooter ever: if he doesn’t come in clean, he doesn’t count
NBA: Hallucinate with the video of the best moments of Luka Doncic in the NBA
Jalen Johnson: “I know I’m the best player in the last NBA Draft”
NBA 1328