Max Homa comes back and takes the title at the Fortinet 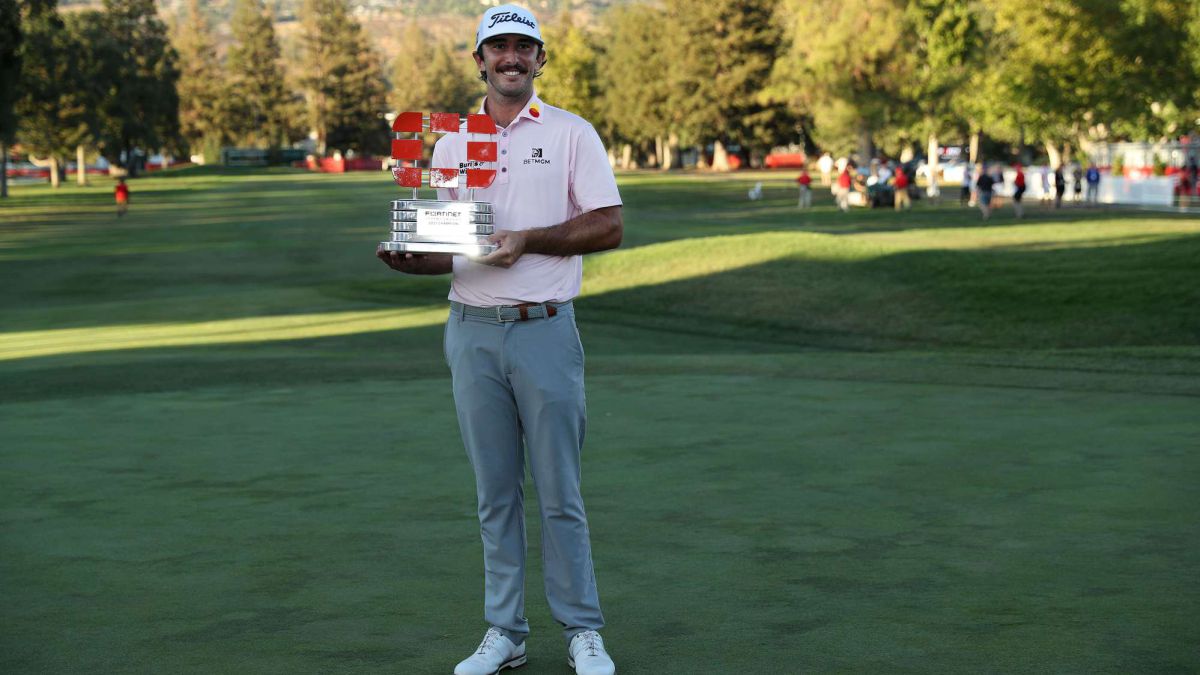 The American Max Homa recovered his best game and with a comeback in the fourth round of the Fortinet championship, of the PGA Tour, he was procla

The American Max Homa recovered his best game and with a comeback in the fourth round of the Fortinet championship, of the PGA Tour, he was proclaimed champion this Sunday by finishing with a cumulative 269 strokes (-19), one ahead of his compatriot Maverick McNealy, who finished second (-18).

Homa’s Decision to Give Up His Popular and Often Comedic Golf Podcast To focus on your game is already paying off.

Homa holed from the rough from 87 yards for an eagle at par 4 12 to start a comeback of nine and added three birdies for a win after a 65 (-7) record in the first tournament of the new PGA Tour season.

“The reality is that today I had full control of my game,” declared Homa, who saved the pair out of the arena three times. and took home a prize of $ 1,260,000 in cash and 500 FedEx Cup qualifying points.

Three shots behind McNealy with seven holes remaining, Homa followed the eagle with a birdie at par 4 13. The 30-year-old former University of California player he made another birdie at par 5 16 and ran a five-and-a-half meter at par 4 17. He made a par at 5 of 18 to secure the victory.

Homa won for the second time this year and the third time on the PGA Tour. He won at Riviera in Los Angeles last February.

His latest victory came a week after Homa finished the “Get A Grip” podcast that he produced for nearly two years.

McNealy shot a 68 to finish second. He birdied at 16, then double bogey at 17 and an eagle at 18. The son of billionaire and former Sun Microsystems CEO Scott McNealy, the 25-year-old grew up in Palo Alto and starred in Stanford.

La Jornada – Hannah Green, the first woman to win mixed golf
The Association of Golf Courses of the Costa Blanca and C. Valenciana participates together with TCV in the virtual fair IAGTO Connect- Ten Golf
“The LIV Golf starts and the controversy with the PGA grows!!”
GOLF 984