Max Verstappen, on the controversial track limits in F1: “We can agree on something more flexible” 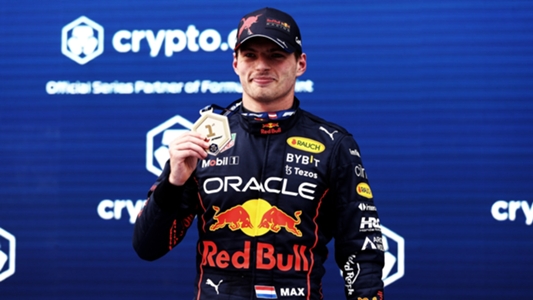 Max Verstappen continues his idyll with Formula 1. The Dutch pilot Red Bull is the leader of the 2022 World Cup after proclaiming himself champio

Max Verstappen, on the controversial track limits in F1: “We can agree on something more flexible”

Max Verstappen continues his idyll with Formula 1. The Dutch pilot Red Bull is the leader of the 2022 World Cup after proclaiming himself champion last season and starting his attempt to revalidate the world title with a firm step.

The Hasselt native is in first place in the motorsport championship standings with 207 points, ahead of charles leclerc in 37 units. His teammate Czech Perezis already third at 56 points when the halfway point of the course has not yet been completed.

Read more | This is the classification of the F1 World Cup

Vertappen was asked precisely before starting the French Grand Prix about the circuit Paul Ricard about his good performance: “In previous years I have had good results, but it is not a guarantee. Because of the new cars, the new regulations. They have changed practically everything”.

Another of the issues for which the Dutch driver was questioned was the track limit, an aspect on which he was clear and forceful: “It is clear that it is a white line. I think that in Austria it is somewhat more difficult to judge because many curves They’re blind and if you have some understeer, it’s very easy to go over the white line.”

Read more | Why are there blue and white lines on the Paul Ricard circuit and what are they for?

“Nobody does it on purpose, but you can see how easy it was. We can agree on something more flexible. It doesn’t need to be more communication from the people watching it, but from the drivers.

The Dutchman went further on the subject of track limits, one of the great controversies of the season, referring to the recent Austrian Grand Prix in which Charles Leclerc won: “In 25 or 30 laps, we were all at two strikes. It shows which is very difficult to achieve.”

Staying with the positive, Verstappen considered that the problem will be less on the French track: “Here it will be a problem, but not as much as in Austria”.

Ferrari and Mercedes, the main rivals

Finally, Max Verstappen assesses the two rival Red Bull teams, such as ferrari mainly and Mercedes to a lesser extent this season: “We made bad decisions in Austria. But in the sprint format it is very difficult to change after FP1.”

“We have learned a lot from it and I hope we get back to our normal form. Still, it will be very tight. Does Mercedes threaten? Maybe, but I hope not,” concludes the Dutch driver.

Verstappen, who has 208 points in the fight for the World Cup, saw how Leclerc, winner at Red Bull, stood at 38. Further away is his teammate, a Checo Pérez who with 151 points is third ahead of Carlos Sainz, who after his abandonment in Spielberg is left with 133.

Loading...
Newer Post
There will be a golf tournament for beginners
Older Post
Inca will become the capital of Balearic boxing this Saturday with the ‘II Inca Boxing Night 2022’