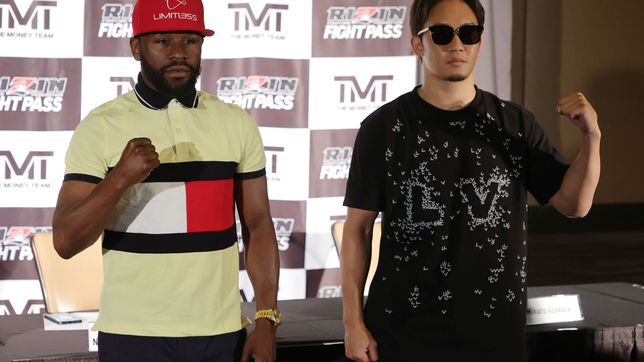 There is already a date to be able to see Floyd Mayweather in the ring again. The American boxer will return to his 45 years in an exhibition matc

There is already a date to be able to see Floyd Mayweather in the ring again. The American boxer will return to his 45 years in an exhibition match to face MMA fighter Mikuru Asakura. It will be in Japan, at the Saitama Super Arena, on September 25.

After his last battle against Logan Paul, with a tie result, Floyd Mayweather will once again put on the gloves to fight another MMA fighter, as he did with Conor McGregor in 2017. The American has not faced another boxer since 2015. Floyd Mayweather has a 50-0 record to his credit and this fight will not put him in danger as it does not count as official. It will be an exhibition match in which the amount of money that both parties will take for the show is not yet known.

His rival, Mikuru Asakura, is a mixed martial arts fighter as well as a well-known YouTuber in his country. The 30-year-old Japanese has a 16-3 battle record. Despite this, the fighter has not competed against many international stars. This will be the first big test he will face in his career. 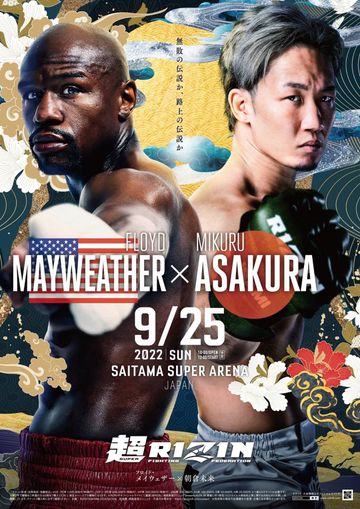 Both contenders have already left various words for the fans with the aim of warming up the atmosphere. Both Mayweather and Asakura have been talking since last June when it became known that they were going to fight. “I am an MMA fighter but I am going to use this opportunity to use him and raise my name and value internationally,” said the Japanese. In addition, Asakura, with conviction, assured: “I’m going to win this fight.”

Mayweather, of course, also wanted to contribute his grain of sand to show his conviction that he will win the fight in September. “My legacy is etched in stone. I am sure that he will go out and give his best, like any other, but I have seen all the styles, my job is just to go out in the ring, be myself, have fun and do what I do best”, assured the boxer . Floyd Mayweather is the clear favorite because of his career, and, although his record is not at stake, he made it clear what the position of his rival is. “I am Floyd Mayweather to him. To me, he’s just another opponent,” Mayweather added.

On September 25 you will be able to enjoy a new fight by one of the best fighters that has ever existed in the world of boxing. It will not be the most anticipated fight of all time. However, although it is an exhibition with the aim of earning money for both contenders, it is expected to be a show for all boxing lovers and, above all, for Floyd Mayweather fans.