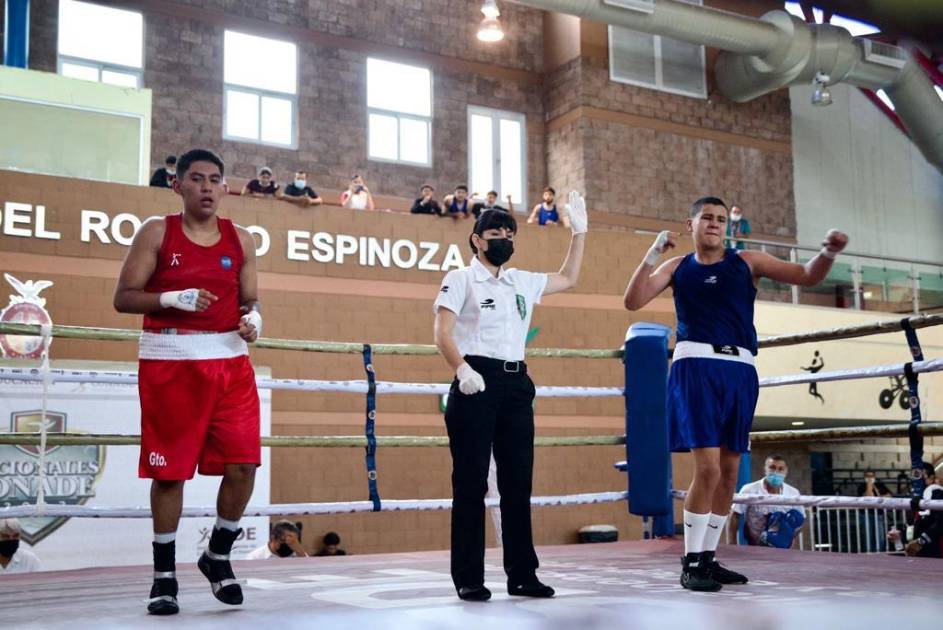 CULIACÁN._ Hugo Padilla from Sinaloa settled in the semifinal of the boxing discipline at the Conade 2022 National Games, defeating Víctor Ponce,

CULIACÁN._ Hugo Padilla from Sinaloa settled in the semifinal of the boxing discipline at the Conade 2022 National Games, defeating Víctor Ponce, from Guanajuato, by decision.

The native of Mazatlán, Sinaloa, made a fight with few errors, connecting good blows in the face of the rival during the three rounds.

In fact, his best round was the second, where he cornered Ponce on the ropes and with his long arms managed to give him power shots.

In the end, he managed to come out with his arms raised in the Light Heavyweight category (80 kilos) and settle in the penultimate elimination round, where he will seek to advance to the final and fight for the gold medal.

Those who are also in the semifinal are Kenya Montes (Culiacán), Aira Hernández (Ahome) and Christian Duarte (Ahome).

In the Moscas division (51 kilos), Amir Arce was unable to advance after falling by split decision with Cristopher Santos, from the State of Mexico.

Luis Armenta, also from Sinaloa, was defeated by Jesús González, from Sonora, by unanimous decision, and Roberto Limón (Sinaloa) fell by split decision with Jonathan Díaz, from Jalisco.

Mario Berrelleza, from Sinaloa, could not advance to the final in Middleweight (75 kilos) after losing by RSC to Leonardo Arturo Villegas, from Chiapas, but secured the bronze medal.