McLaren signs Palou and opens the door of F1 for him 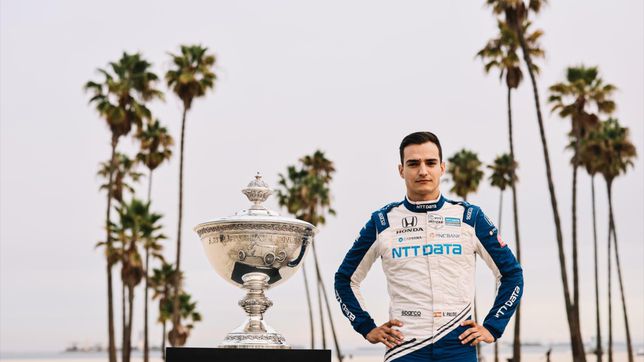 McLaren Racing signs Álex Palou from 2023 to be a driver in IndyCar... and to start him in Formula 1 as it has already done with Pato O'Ward (who t

McLaren Racing signs Álex Palou from 2023 to be a driver in IndyCar… and to start him in Formula 1 as it has already done with Pato O’Ward (who tested the 2021 MCL35M in Abu Dhabi) and now Colton Herta (it premiered this week in Portimao with the same car). The official statement specifies that the firm from Woking will incorporate the 25-year-old from Barcelona and current champion of the North American championship, to compete next season in his team and, in addition “and as part of his job”, participate in tests with McLaren F1 Team along with his partners O’Ward and Herta. Palou will join when the 2022 campaign ends and there may be controversy, because a few hours before the announcement from McLaren, Chip Ganassi had confirmed that he was exercising his option to retain him next season. This transfer would separate him from Honda as an engine manufacturer to take him to Chevrolet.

Palou is openly aware of what his jump to McLaren Racing means: “I am extremely excited to join the roster of drivers of an iconic team like McLaren and I am excited to be able to show what I can do in an F1 car, to see what doors open up. they can open me”. Zak Brown himself, CEO of the competition division in Woking, picks up the gauntlet: “We have always said that we want the best talent at McLaren and that includes Alex on the list. I’m looking forward to seeing him in an F1 car as part of our vintage car test program alongside Pato and Colton. Alex has won in every championship he has competed in.”

Ricciardo and a vacancy in F1

It is not a secret that Ricciardo, with a contract until 2023 in Formula 1, is walking a tightrope. There are clauses that could untie him before time and the results do not finish arriving this season. The Australian adds 17 points to Norris’s 64 this season, McLaren’s star for the renewed future until 2025. It is also no secret that the North American market is very important for the sale of sports cars, hence McLaren’s jump to IndyCar makes already three seasons. The dream of Zak Brown, a native of Indianapolis, is to have a compatriot at the wheel of an F1 car. But if that is not possible in the medium term, who better than a proven winner in American single-seaters?

F1 | Lando Norris and McLaren: “This is going to hurt…”
When is the next F1 World Cup race: date and time of the Australian GP
F1 returns: new cars, faces and challenges
FORMULA 1 1971