McLaren stars in the most ‘wild’ party in Formula 1: “We destroyed the hotel floor” 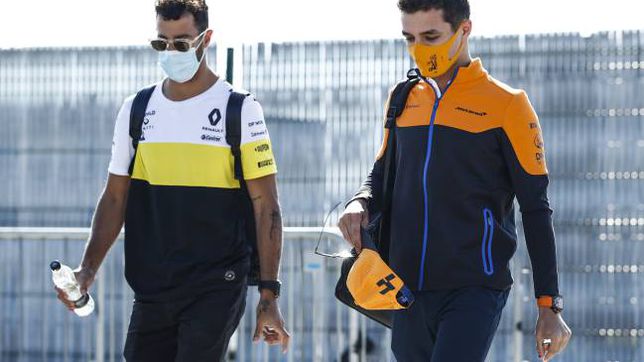 The season for the McLaren team, formed by Daniel Ricciardo and Lando Norris, has not started in the best possible way, according to the expectatio

The season for the McLaren team, formed by Daniel Ricciardo and Lando Norris, has not started in the best possible way, according to the expectations and premises set by the team before the start of the current Formula 1 World Championship. The 32-year-old driver has added 11 points in the five races that have been held to date, unlike the Briton who is in seventh position with a total of 35 points, thanks to the podium at the Imola GP.

The last race held in Miami ended with the Australian out of the points, while Norris finished the race early due to a series of mechanical problems in his car. A bad result for the interests of McLaren that could be motivated by a series of ‘past tone’ activities during the run-up to this Grand Prix and that probably won’t do much for the British team’s management.

A ‘crazy’ week in Miami

Both pilots were staying at the emblematic Hilton Bentley hotel in Miami, where they left some ‘relics’ during their stay, which the employees of this place will never forget, according to the interview collected by ‘Dailystar’. His first target was the hotel’s community pool, a “very funny” moment for Norris, where the two runners were ejected out of the water as a result of the commotion produced on their arrival.

“First, they kicked us out of the pool. We were being naughty and got kicked out. So afterwards we went up to the rooms and had a nice party. I apologized if there were disturbed people upstairs and downstairs. But yes, it was a lot of fun, ”says the 22-year-old pilot. The mess even escalated to the point of destroying his own room and the hallway room on his floor. “Not only did I destroy the room, I destroyed the entire floor,” he reveals.