Medallita will fight for the absolute world championship: “It is the fight that all boxers dream of” 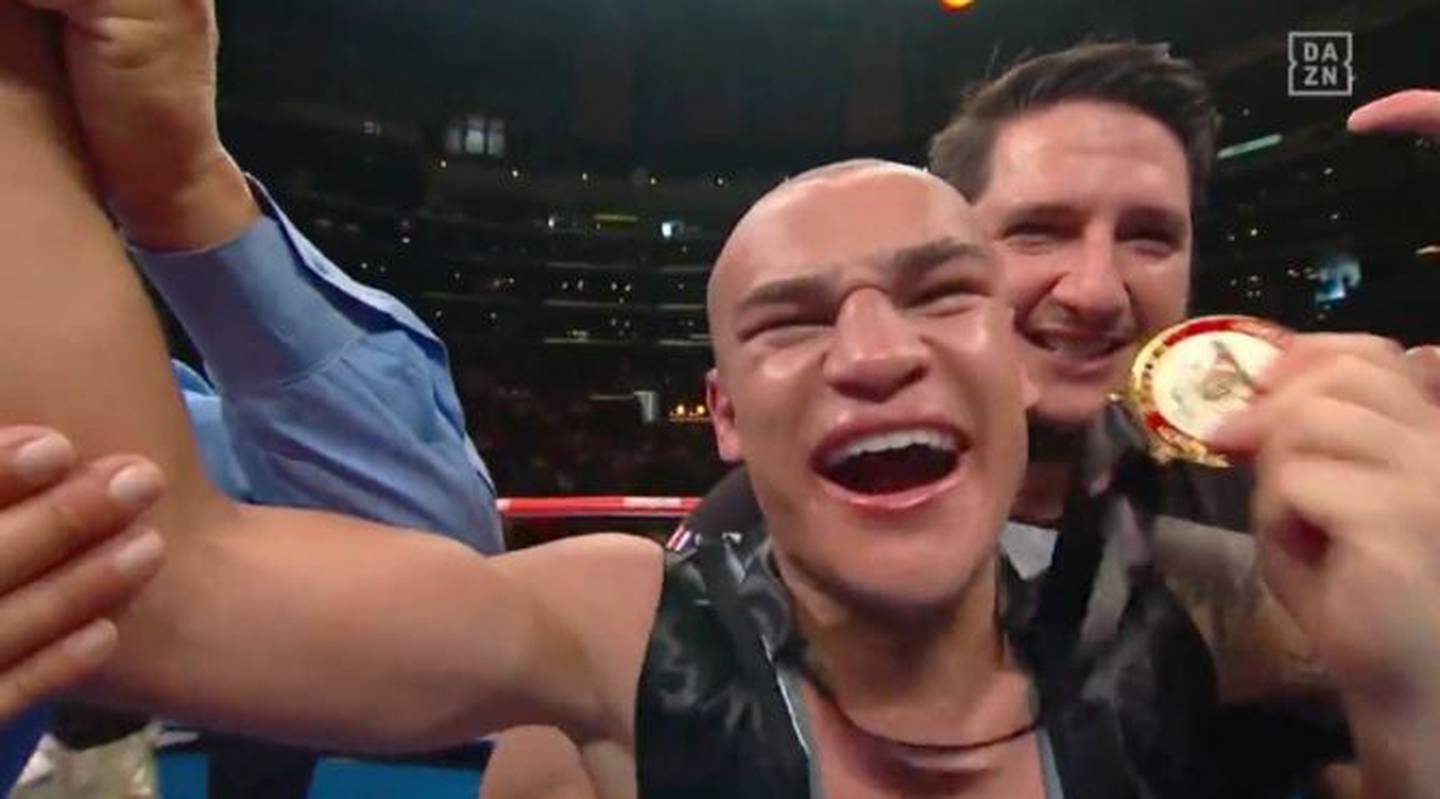 David “Medallita” Jiménez will finally have the opportunity to be the absolute world champion, as he will fight against the Ukrainian Artyem Dalaky

David “Medallita” Jiménez will finally have the opportunity to be the absolute world champion, as he will fight against the Ukrainian Artyem Dalakyan, who holds that honor.

The place of the fight, the time and the date are yet to be defined, but it is a fact that the fight should take place between the months of October and November, calculates the national boxer.

David “Medallita” Jimenez will have the chance of a lifetime against Ukrainian boxer Artyem Dalakyan.

Medallita is the 112-pound world champion of the World Boxing Association and the fight he won against Ricardo Sandoval on July 18 was the one that opened the doors for him to dispute the absolute title against the Ukrainian Dalakyan.

That fight, the national boxer dedicated it to Marco Calzada, a university student murdered in San José, a crime that reflected the high level of insecurity in the country.

It is the Championships Committee of the World Boxing Association (WBA) that orders the fight. This is because the world champion must make a defense of his title every nine months and the fights are scheduled against an official challenger. In this case, the fight that Medallita won against Ricardo Sanvodal was key.

Now, the promoter of the champion will say the day, place and date for the fight, Jiménez and his promoter must agree. If not, they make a counter offer that must also be accepted by the Ukrainian champion. August 30 is the deadline for that negotiation to end, but if there is no agreement, the fight goes up for auction.

If this happens, the fight will be put up for sale and the interested promoters will bid to organize the boxing evening and they will decide the final day and time.

Medallita told La Teja that it is the opportunity he has dreamed of since he became a professional boxer and has already sent a clear message to the Tico people.

“Many thanks to Costa Rica for supporting David ‘Medallita’ Jiménez, who is 100% Costa Rican by blood, and I promise that I will leave everything in that ring to give the country what it sorely needs, an absolute world champion.” expressed.

Is this the great opportunity of your life?

This is the fight that all boxers dream of, there is nothing left but to take advantage of it, on Monday they sent us the notification.

– Are you already anxious, do you sleep well?

We are fine, calm, simply eager for an agreement to be reached on a date and place to go fight.

-Why is the fight important for Costa Rica?

Because if we win that fight we break the story that Costa Rica has not had an absolute male champion…. and so it will be in the name of God.

– What can you tell us about the Ukrainian?

He is a boxer who is no longer so young, 35 years old, he is not as aggressive as he is in professional boxing, he is marked by the Olympic boxing style of scoring points, running, he does not take the initiative, but we are going to take out our experience to match the combat.

– You also had a brilliant Olympic career, how can you take advantage of it?

Of course, very old, fifteen years old, but I have adapted very well to professional boxing.

– Is there any possibility that the fight will take place in Costa Rica?

We have the possibility in mind, but for that we need the support of many brands, of businessmen, of the Government of the Republic itself because to bring such a fight you need at least 300 thousand dollars (more than 200 million colones) to win the fight bid (in a possible auction).

– You have rarely fought fights of more than ten rounds, do you feel physically fit to prepare for such a demanding fight that can be long?

The part of the physical preparation does not worry me at all, with the “Niño” Sandoval I threw blows throughout the fight and it was twelve rounds and if it had been the case, he fought another twelve. It does not worry me.

Loading...
Newer Post
Marcelo Ords: “We want Madrid to be the world capital of football 365 days a year”
Older Post
Soccer team bans players from giving away jerseys to fans