Medvedenko: from NBA champion to fighting for Ukraine 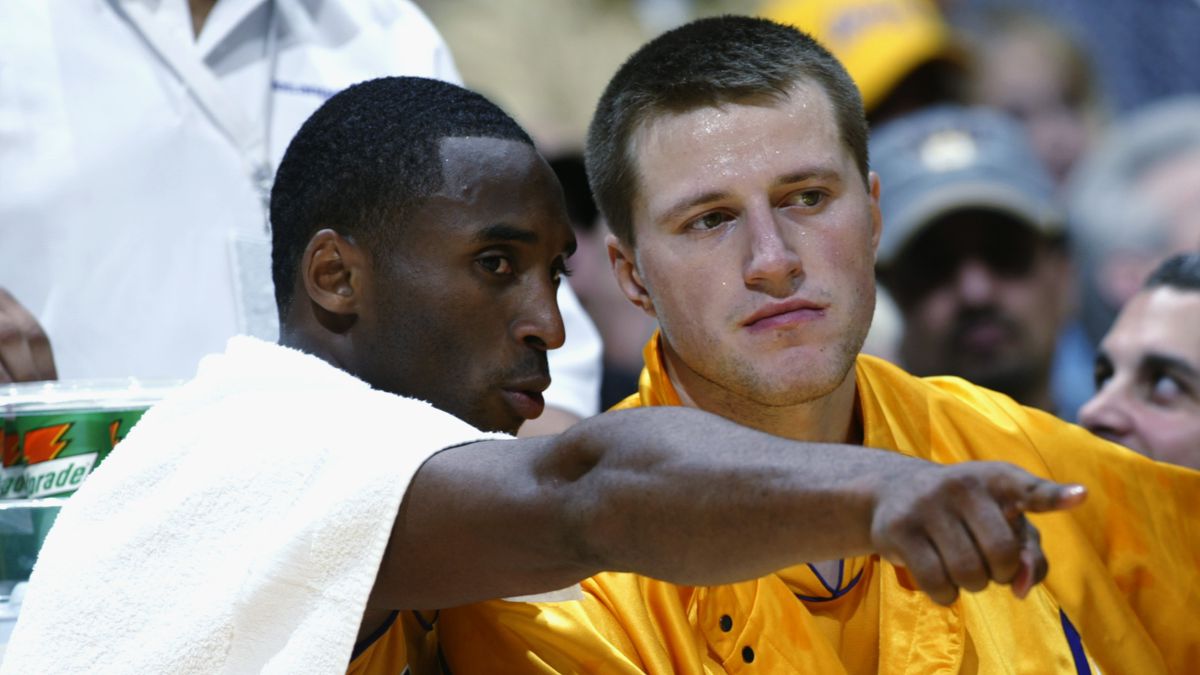 The invasion of Ukraine has sporting protagonists who, in aid of their country, are defending the cities from Russia's offensive. Related to bask

The invasion of Ukraine has sporting protagonists who, in aid of their country, are defending the cities from Russia’s offensive. Related to basketball had been published, for example, that of Sasha Vólkov. In addition, in Spain there was first-hand testimony from the men’s national team when, in the midst of the explosion of the case, they had to play some qualifying windows by order of FIBA. Another famous player is also known who was a reserve player and whose testimony was not known until Bill Oram (The Athletic) has agreed to it after the worst is over in kyiv: Stanislav Medvedenko. The double champion with the Lakers at the beginning of the 21st century has gone from that life of success to seeing his new reality threatened.

Medvedenko, at 43 years old, was one of the 30 volunteers with whom an emergency plan was activated in kyiv, the Ukrainian capital. He was there from the very beginning, specifically from the day after the first Russian offensive, to form the 29th Formation of the 128th Battalion for the Territorial Defense of kyiv. “In the following three days we reached a hundred. A week later the number doubled. We were already like a police organization”, bill. Members of the national army handed out weapons to adult men who, by government order, were required to appear in combat. The ex-NBA player has a particular rifle, since it is not enough to go to war, and he was awarded an AK-47 from the Soviet era. “That has been the best decision of our president, to let everyone carry a weapon”, he thinks He, however, was one of those who could leave the country despite being between the ages of 18 and 60 and being a man, since one of the exceptions is having three or more children and this is his case (although one of the them, Alona, ​​is in the United States). “I felt I had to stay and help our nation understand itself. It’s a chance to be strong. The people of Ukraine have surprised me with how united they have been.”, Add. Slava, as his full name is usually shortened, had no military training prior to this event, although his commitment to the country had been made clear when he switched to politics, presenting himself on a list for the kyiv City Council in 2020 (without being able to enter the not having the necessary votes, going 11th in one in which only the first nine were validated). In addition to going around his neighborhood looking for looters or infiltrators from the opposite side, his job has been to keep watch from an improvised checkpoint in one of the tallest buildings in kyiv, which is still curious considering he is 2, 07 meters. “Can you imagine it? Do you sit at the ‘check-point’ and see a huge fucking rocket above you? War is something that opens something new inside you. I was like in the first row of a cinema”, recounts. With his gun by his side and high-range binoculars, he has spent many hours since that February 25. “When you are in this process there is no time to panic”close.

Since leaving Ukraine after playing there for three years, his sports career has been linked to the NBA. He was not chosen in the 1998 Draft, his, but landed in 2000. He came to a champion squad, that of the Kobe, Shaq and Phil Jackson Lakers, and in it he made his undoubted quality in the minutes that were earned as alternate albeit highly criticized for not giving your best. He stayed in a round number, 300 games, between regular season and playoffs in the six years he spent in American basketball. He was champion twice with the Angelenos until the chemistry broke within the team, the Spurs and the Pistons snatched the following titles from them and he was in clear decline due to injuries until his journey ended in 2007. Last year he was released from his contract with the Lakers and ended it with the Hawks.

A few weeks ago, he created a foundation together with another war volunteer, Mikola Vásilkov. In it they think of the near future while they navigate the crudest present. “The plan has become as basic as possible. We want to help schools have sportswear by the time classes restart in September.”, indicates. The former player already has a campus in mind in June, with the Carpathians as a meeting place, for children with trauma resulting from the armed conflict. Slava takes advantage of this testimony to extend an invitation to his former partner Shaquille O’Neal, taking advantage of the fact that other celebrities, such as the musical group U2, have recently set foot on Ukrainian soil to amplify the focus on this enormous territorial problem in Europe. As part of the FlyHigh Foundation, a solidarity basketball tournament was organized in Lviv, another city punished by Russia, on May 15, making a stop along the way between so much combat and hardship to see old friends and acquaintances. “I felt like there was no war, I felt like someone normal”, replies. But this does not stop for a second: the next morning ten Russian missiles devastated a part of Lviv, Stanislav Medvedenko knowing that the invasion of this country is far from over at the moment.