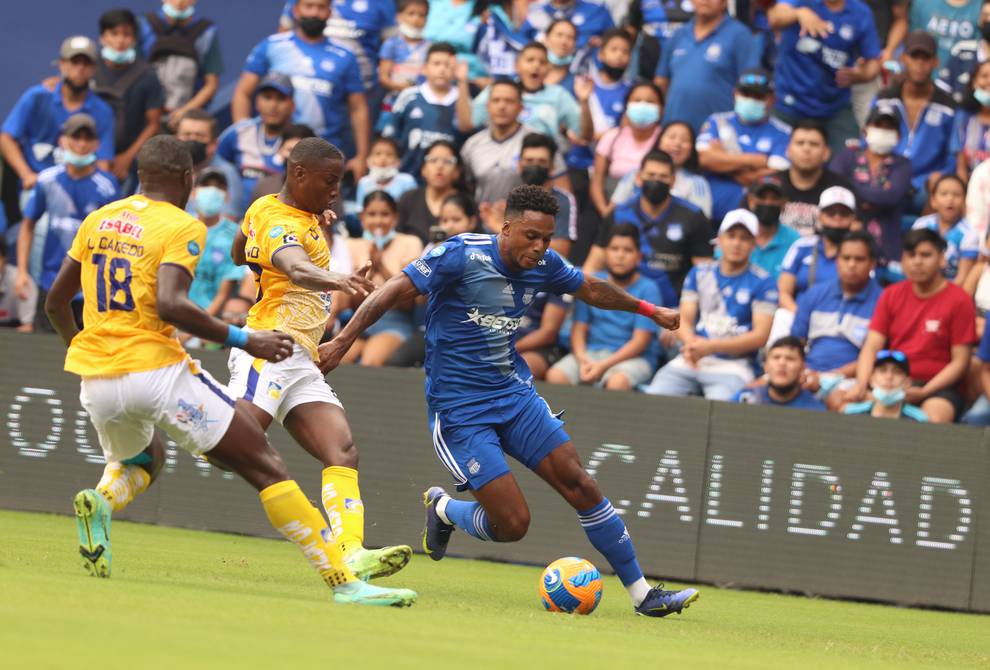 Emelec was left in a tough group in the 2022 Copa Libertadores, after knowing the draw that took place this Monday in Luque, headquarters of Conmeb

Emelec was left in a tough group in the 2022 Copa Libertadores, after knowing the draw that took place this Monday in Luque, headquarters of Conmebol.

The electric team will compete against Palmeiras, current two-time champion of the Libertadores and monarch of the Recopa Sudamericana, which makes it the most powerful team in the contest.

One of the advantages of the blue team is that it will not open against Palmeiras, but it will against Deportivo Táchira of Venezuela, an organization that has participated in more than 20 games in this tournament and is the current Venezuelan champion.

The other rival will be the Bolivian Independiente Petrolero, who plays at more than 2,820 meters above sea level and was the fourth team chosen, for being in pot 4.

Palmeiras is the wide favorite to win a new title. Photo: Archive

Which team is Palmeiras?

He became the top favorite by winning three international cups in two years, two of them Copa Libertadores, 2020 and 2021.

Palmeiras has the challenge of becoming the first Brazilian team to win three titles in a row and also the first to reach four in its history. If he succeeded, he would make clubs from his country take the cup for the fourth consecutive time.

In addition to that, he won the Recopa Sudamericana this year to round off an almost perfect international season. The only thing missing was winning the Club World Cup, which he lost in the final against Chelsea.

In its history it has 10 Brasileirao Championships, 4 Brazil Cup and one Mercosur.

What team is Deportivo Táchira?

The Venezuelan team won its ninth championship in the country in December, becoming the second most successful behind Caracas FC.

Táchira has more than 20 participations in the Copa Libertadores, although it has been almost a decade without being able to advance from the group stage.

Currently, Táchira is first with 10 points in the Futve League, but this Friday they lost their undefeated four games by defeating the weak UCV 2-1.

In his squad he has Ecuadorian striker Renny Simisterra, who before arriving in Venezuela played with the reserve team of Independiente del Valle.

What team is Independent Petroleum?

Although it has not been as successful as Bolívar and The Strongest, it is an experienced team in the Bolivian League.

He reaches the group stage of the Copa Libertadores, after winning the championship for the first time last year with 65 points, one more than his closest Always Ready in a row.

Its headquarters is in Sucre and this will be its first participation in the Copa Libertadores, thanks to that title obtained.

Currently, Independiente Petrolero is sixth in group B with just seven points in what has not been a good start.