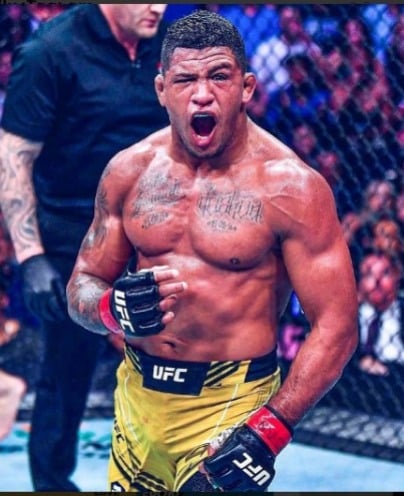 The recent announcements of two stars like Dan Hooker (21-11 MMA) and Kevin Holland (21-7-1 MMA), expressing their decision to downgrade, expos

The recent announcements of two stars like Dan Hooker (21-11 MMA) and Kevin Holland (21-7-1 MMA), expressing their decision to downgrade, expose a common problem in the world of MMA and in UFC in particular: sometimes it is essential to recognize when it is necessary to ‘change of scene’ to face new scenarios and different opponents. Next, we leave you a review about this phenomenon:

Charles Oliveira (featherweight -> light weight): the case of the Brazilian is the most emblematic since, with his change of category, he achieved the maximum prize: being champion. Indeed, Charles Oliveira used to compete at UFC featherweight, yet the results did not seem as expected. “Do Bronx” even accumulated a series of defeats that almost made him leave the company. Thus, for 2017 he made the best decision of his life: move up to light weights. Not only did he manage, with this, to add nine victories in a row but, as we said, today he is the champion of the lightweight category.

Gilbert Burns (light weight -> welterweight): another Brazilian who also discovered a solution in the category change. “Durinho” was performing at 155 pounds but, of course, the severe weight cuts made him lose his greatest virtue: strength. It was in this way that he also decided to move up a division: his loss to Dan Hooker in 2018 was the last straw. Burns went to welterweights and managed to become a whole new fighter: Since making that change, he has only lost one fight but it was to Kamaru Usman and for the 170-pound belt.

Dustin Poirier (featherweight -> lightweight): Dustin came to the UFC at a very young age – back in 2011, when he was just 22 years old. His first experience was at featherweight and, although he had good performances, he could not perform against the “top” rivals: he lost against the “Korean Zombie”, Cub Swanson and Conor McGregor. On the advice of his coach, he made up his mind to move on to lightweights, and boy did he hit the key: Since then, he has only lost 2 fights out of 15 (against Michael Johnson and Khabib). He became interim division champion and, in December, he has the chance to be the undisputed King if he defeats Oliveira.

Jared cannonier (light heavyweight -> middleweight): Cannonier’s case is the strangest on the whole list: he didn’t change categories once, but three times! He started at heavyweight, moved to light heavyweight, and is currently shining in middleweight. There is no doubt that his situation was not common. Reality indicates that, of all the changes, the one that was best received by his body was that of 185 pounds: he has four victories in five fights (he only lost against Robert Whittaker).

Michael chiesa (lightweight -> welterweight): The former North American champion of the 15th season of “The Ultimate Fighter”, went from 155 pounds to 170 and was able to straighten out a career that had little to count. At lightweight he lost to rivals like Kevin Lee and Anthony Pettis and, instead, at welterweight he beat tough guys like Diego Sánchez, Carlos Condit and Neil Magny.

Francis Ngannou reveals who he thinks is the best puncher in the UFC
A rookie Russian fighter surprises MMA by knocking out his rival in 5 seconds with a powerful kick to the head (VIDEO)
MMA: Jedrzejczyk looks to Zhang Weili for title rematch on return to UFC
UFC/MMA 492

Loading...
Newer Post
China sets foot in F1 and Europe begins to not be ‘first world’
Older Post
Anthony Davis, the worst player in the NBA in three statistics