Melendo, 7,000 days of romantic football and a prosaic ending 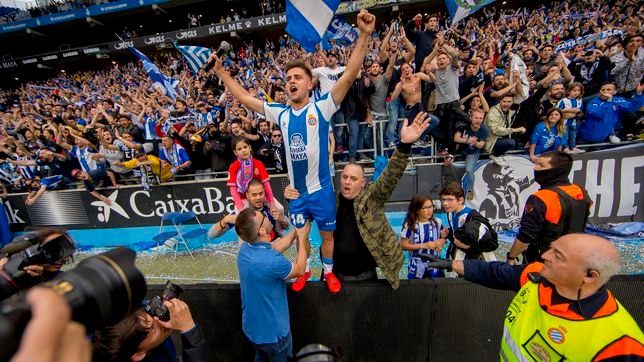 Escola, Prebenjamín, and two by two Benjamines, Alevines, Infantiles, Cadetes and Juveniles, up to Espanyol B and, since 2016, the first team. Ósc

Escola, Prebenjamín, and two by two Benjamines, Alevines, Infantiles, Cadetes and Juveniles, up to Espanyol B and, since 2016, the first team. Óscar Melendo is not only the footballer in the current squad –once David López, Dídac Vilà and Diego López were fired– who has been defending the blue and white shirt professionally the longest, but also the one who has been at the club the longest. And a unique case. That, except for an unexpected turn of events, he will live this Thursday the last of his almost 7,000 days at Espanyol.

Born in 1997, in the Ciudad Deportiva, which had been running for a couple of years then, he ended up in 2003, at a very young age. And he stayed forever, being the only player in the entity’s history who has gone through all the categories, starting from the Escola. Before, Alberto Lopo and Javi Chica had been the first to reach the elite starting in the alevines, or the legendary Dani Solsona starting from the Infantil, which was the lowest ranking in his time. Raised in Sant Adrià, he only needed to walk a few hundred meters to train. The problem was in the games, because of his height, a stumbling block that he was overcoming and that made him mature, paradoxically, by leaps and bounds.

This June 30 expires that contract that he signed, along with Marc Navarro and Aarón Martín, three of the four members of the so-called Chen Generation, after his break into the first team six seasons ago. At 25 years old, he will leave having played 161 official matches with Espanyol, with five goals and one in particular that will forever bear his name, the ‘Melendazo’ against Barcelona on January 17, 2018, although he also scored at the Wanda Metropolitan and in Europe. And that he had precisely in the continental classification, that May 18, 2019, the atmosphere of pure communion with the stands that he has lacked in his farewell.

“He is the only player who, being released, was made a proposal. This situation has been clarified and closed for a long time, we will see in what sense, ”explained last week the current sports director of Espanyol, Domingo Catoira, implying that the ball was on Melendo’s roof, having not accepted the offer of renewal issued by the club. The door of a footballer who can be considered historic in a Blue and White key will also remain closed from tomorrow.

Loading...
Newer Post
Canelo will play golf with other athletes in the Icons Series
Older Post
Magaly Medina hesitates to Tilsa Lozano who will marry the boxer Jackson Mora: “She wanted to marry Juan Vargas, but she had her as a snack” [VIDEO]