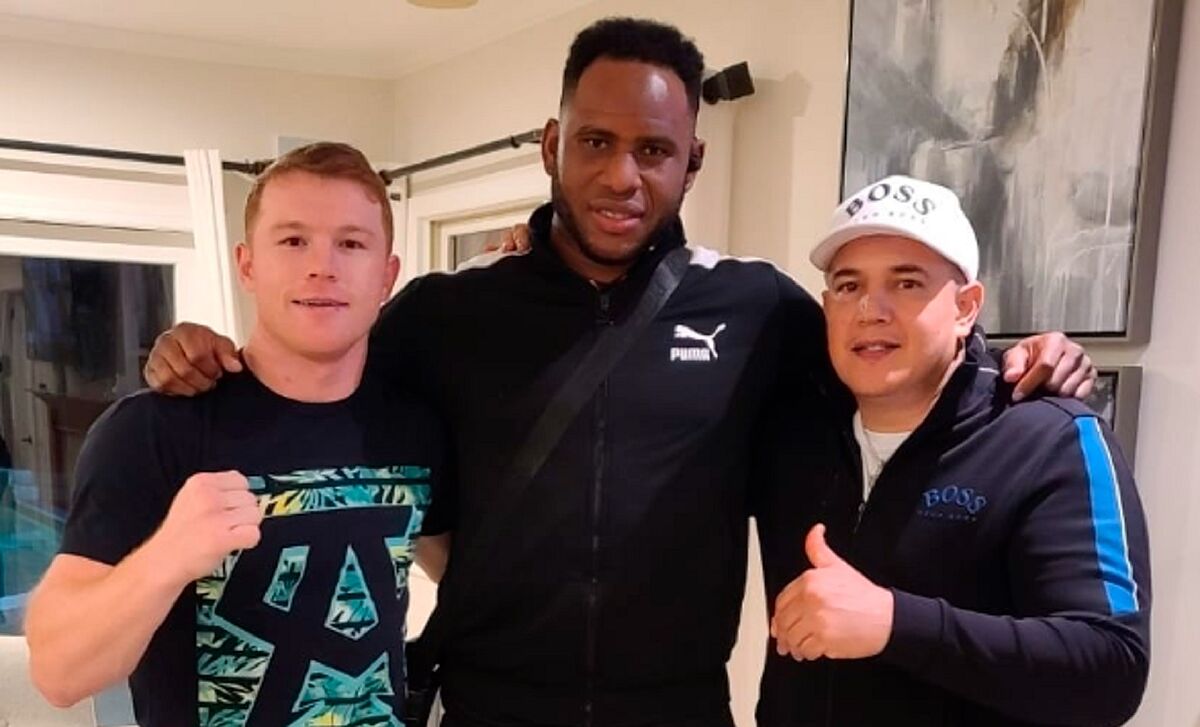 ANDthe cuban boxer Frank Sanchez had an intense week: a few days ago he reported his departure from "Canelo Team" and the manager Eddy Reyes. His

ANDthe cuban boxer Frank Sanchez had an intense week: a few days ago he reported his departure from “Canelo Team” and the manager Eddy Reyes. His next move is to look for a fight against the former WBC heavyweight champion, Deontay Wilder, now sheltered by Joe Goosen.

“Eddy looks like he’s on break after the big fight he had with Canelo and stuff. He’s off and I’m training here with Goosen for my next fight. My next fight will be announced soon.

Frank is undefeated as a professional, with a record of 20-0 with 13 knockouts. His last fight was on January 1st against Christian Hammer, whom he dominated with a wide unanimous decision by triple card of 100-89. That was his last clash with Reynoso in the corner.

Meanwhile, Sal “Canelo” Álvarez’s team is having trouble keeping their fighters, because before Frank Sanchezalso transcended the break with the Mexican-American, Ryan Garcia, who also marched to Joe Goosen’s gym.

The last time Deontay Wilder climbed into the ring, fell by knockout to the champion Tyson Fury, on October 9, 2021, in a fast-paced fight, where Wilder could no longer keep up with his rival. The American fighter announced his intention to fight again.

What about “Canelo Team”

Several fighters have questioned the methodology he uses Eddy Reynoso with his boxers, commenting with Ryan Garciawho assured that the Tapato coach did not give them the necessary attention.

Originally, Ryan Garcia’s words were considered exaggerated. While the statements of Frank Sanchez They talk about a problem, because he assured that he wanted to be with a coach who can turn him into an ehe first heavyweight championof Cuban origin.

The Cuban guy assured that he has a great relationship with Eddy Reynoso and that their relationship is still intact, but he complained that the coach didn’t spend enough time on him and that he is currently on vacation, while the Cuban is preparing for his next fight.

Tags: Canelo Alvarez - USA Latino, Deontay Wilder - USA Latino, boxing
The Women’s Boxing World Cup kicked off and there are five Puerto Ricans present
Chubut boxing in the latest Argentine ranking
Boxing: Kiko Martnez, the aftermath of his trap against Warrington: the blows and cuts after the ambush
BOXING 3144

Loading...
Newer Post
Azerbaijan GP F1 2022: Vettel: “A gay driver would be welcome, he would eliminate prejudice, F1 is ready”
Older Post
Who is Pepelu, the footballer who renewed his contract for 10 years