Memphis threatens the NBA: victory over the Warriors 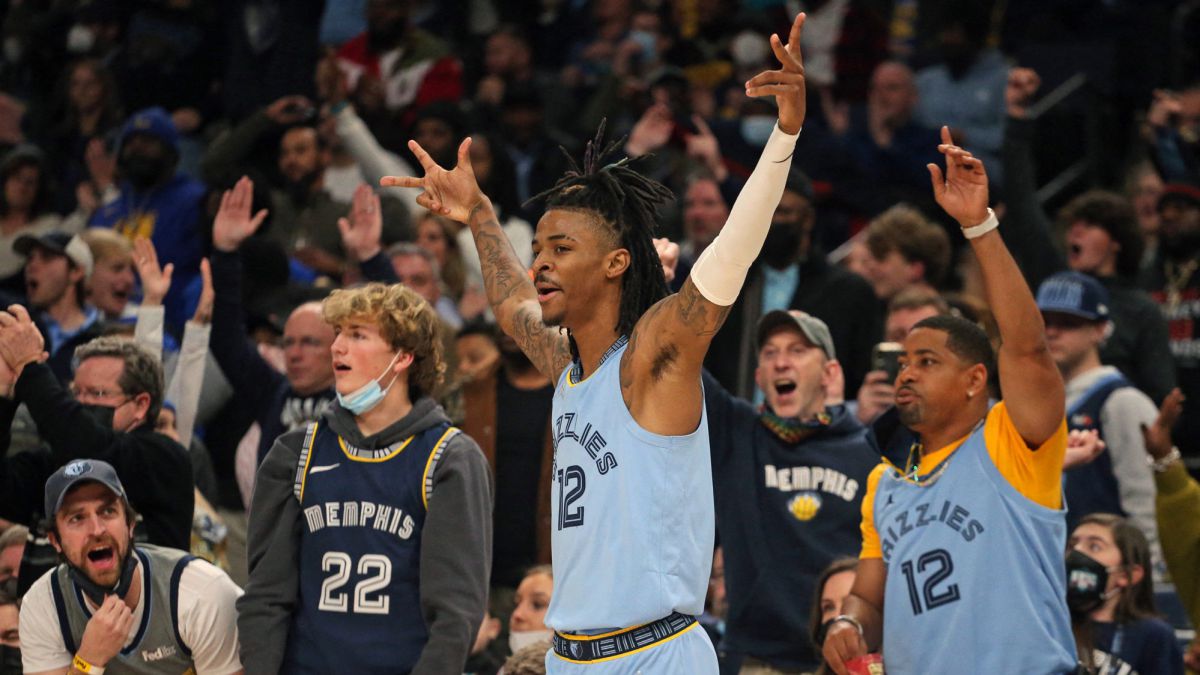 "Tell them there's a new team in town, it's Memphis.". Ja Morant was this threatening after the Grizzlies win over Golden State Warriors (116-108

“Tell them there’s a new team in town, it’s Memphis.”. Ja Morant was this threatening after the Grizzlies win over Golden State Warriors (116-108) at the FedEx Forum. It’s a wake-up call to the entire NBA. And it is no wonder: the Tennessee team has already linked ten consecutive wins, the best streak ever in the franchise, after beating Chris Paul and Devin Booker’s Phoenix Suns, Kevin Durant and James Harden’s Brooklyn Nets, in two occasions to Los Angeles Lakers of LeBron James … and this morning to the Warriors of Stephen Curry and Klay Thompson. They have beaten the great titans of the NBA without batting an eye. They have surpassed perennial MVP candidates and the champion ring mercilessly. Almost nothing.

Memphis is fourth in the Western Conference with a record of 29 wins and 14 losses.. It equals Utah Jazz in third position and is two and a half games behind the Warriors, second, and three and a half behind the Suns, leaders and current best team in the North American League. The Dallas Mavericks, their closest chaser in the standings, are five and a half games behind. Something unthinkable in the summer, despite the fact that the team showed that it had something special with its move to the playoffs last season after beating in the play-in to Golden State and stay one step away from the final rounds in Orlando’s bubble in the pandemic campaign.

Three years of authentic luxury, ending the reconstruction and a final farewell to the glory of the Grint and grind hand in hand with Taylor Jenkins on the bench and Morant on the court. Deserved MVP candidate, South Carolina guard averages 24.9 points per game and tonight was capital to dismount the Warriors. He shot up to 29 points (17 midway through the second quarter), 5 rebounds and 8 assists. His 2 + 1 in the last moments of the game tipped a victory that Tyus Jones cooked from the outside with two consecutive triples. Morant’s connection to Zaire Williams was amazing all night, with alley oops constant… and intimidating from some Grizzlies who took their rival off the wheel with speed in the first two periods. And a lot. In attack and defense there was an intensity worthy of the playoffs.

But nevertheless, those of the Bay knew how to respond to such a physical team with a lot of patience. Ball movement around the perimeter, from outside to inside and vice versa. There was no need to run. And it worked between the second and third quarters when they went from 49-31 down to 66-74 up in 12 minutes of curry sparks. The point guard signed his second triple-double of the season with 27 points (under 2/9 of three), 10 rebounds and 10 assists., and led a cavalry charge that came close to taking out Memphis, which resisted Curry and the Klay Thompson’s second appearance: He played another 20 minutes, as in his debut, and reached 14 goals (2/5 from the triple). The loss of Draymond Green was noticed in a Warriors who died from losses (16) and dried up in the fourth quarter with only 18 points scored. Spanish Santi Aldama did not play in Memphis.