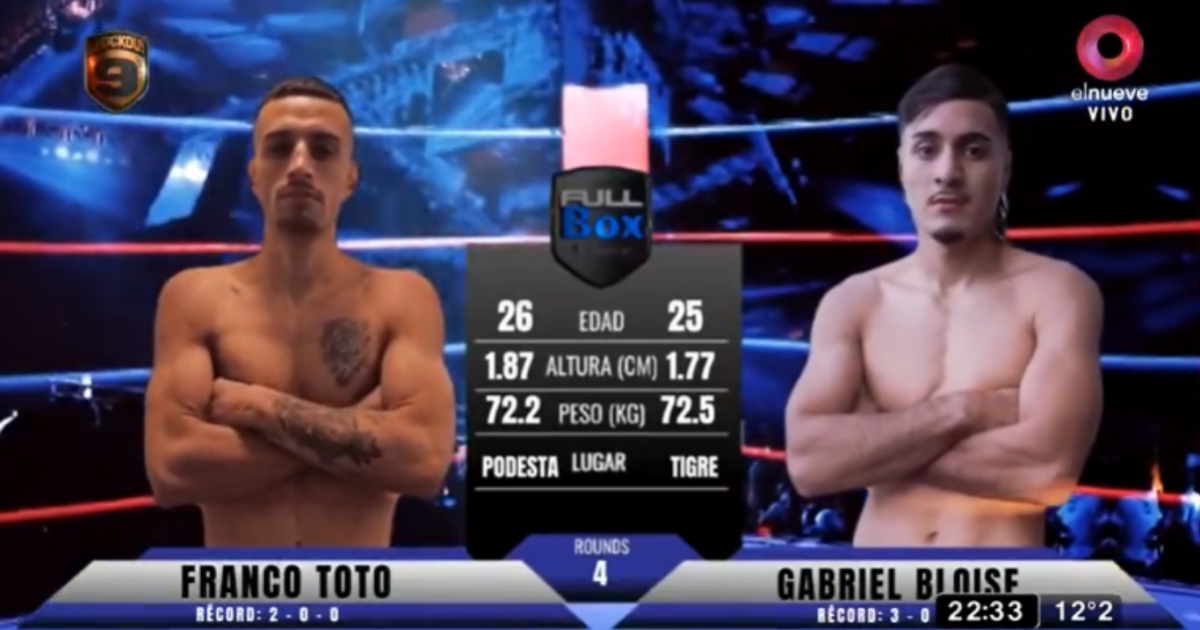 in the air of Knockout 9we live a spectacular duel between two figures from the sports scene. They faced each other gabriel bloise (72 kg, from th

in the air of Knockout 9we live a spectacular duel between two figures from the sports scene.

YOU MAY BE INTERESTED: Women’s boxing: Elizabeth Britos vs. Agustina Rojas

Both disputed a duel of boxing from the vicinity of Club Vicente López and Plans of General Rodriguez (GBA). After the intense confrontation that lasted a total of four rounds for the middleweight categoryToto was victorious!

“Ladies, gentlemen. Failure of the fight. Winner by technical knockout in the third round, the undefeated Franco Toto“, specified the decision of the fight announced by the announcer Leandro Randolini.

The comments during the duel they were in charge of the journalists Mariano Oliveros and Alex Riveraand the boxer and champion of great stature, Yesica “Tuti” Bopp.

Watch the video of the duel!

Campaign launched to help boxer Moises Fuentes
the missionary Alejandro Silva and Maico Sommariva passed the weigh-in and await tomorrow’s pugilistic evening
“I need you”: a renowned boxer begs for the help of Floyd Mayweather
BOXING 3115