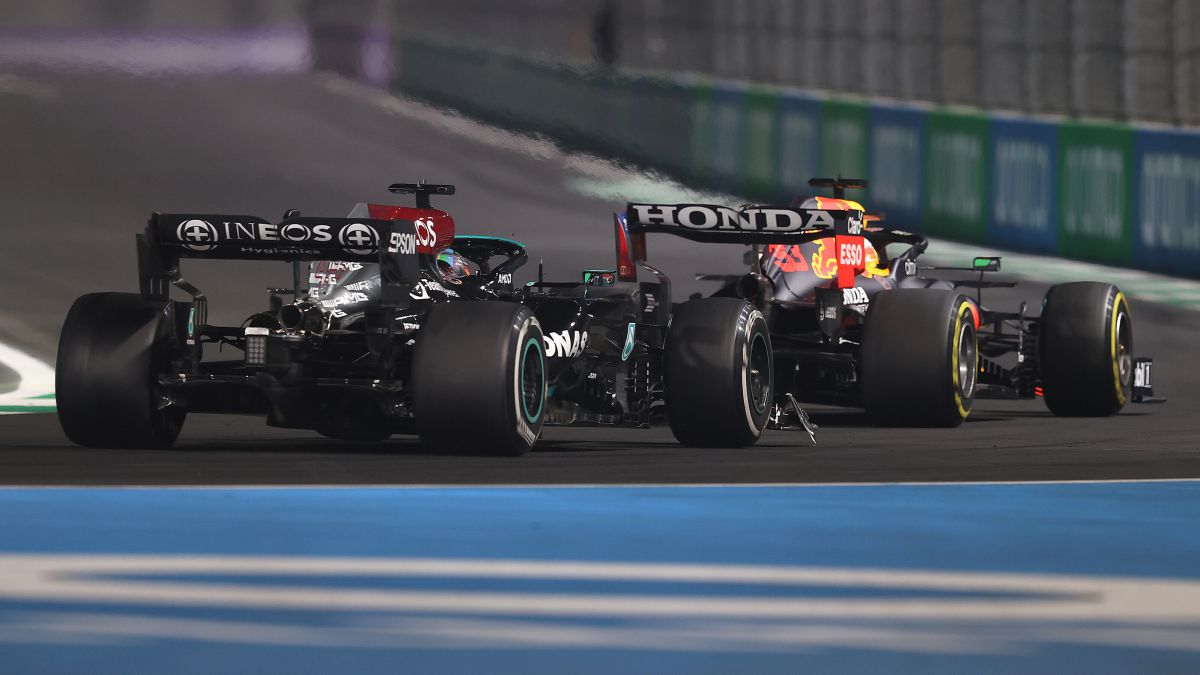 Everything changed in Brazil. Until then, Verstappen held a solid lead and had added two consecutive heavyweight wins at Austin and Mexico. At Int

Everything changed in Brazil. Until then, Verstappen held a solid lead and had added two consecutive heavyweight wins at Austin and Mexico. At Interlagos, Mercedes changed Hamilton’s combustion engine for the fifth time in 2021 in exchange for a five-place penalty on the grid and it seemed like a harmless gesture, but it may be worth a title. The team decided to squeeze the most out of each drive every three to four races to ensure extra power when the championship is about to be decided. The result: three poles and consecutive victories and a superiority that had not been seen throughout such a close campaign. Toto Wolff calls it a “spicy engine.”

Red Bull first suspected the rear wing, which is why Max felt it in that controversial parc fermé (he received a fine of 50,000 euros). But Christian Horner, team leader, after the Saudi Arabian GP pointed to the main cause: “The engine speed is incredible, a second faster than Max in the race. You can’t defend yourself against this. It’s frustrating for a driver to face that deficit in the last three or four races, those performances so dominating on the straight. He is not finished, Max is a fighter and he is the pilot who deserves to win the World Cup. But Mercedes has the best car, check out where Lewis and Valtteri are. Max has been the best driver for how he has driven this year and he deserves all the credit. “

Verstappen used four full power units throughout the season. He changed in France (three wins in a row since Paul Ricard) and Belgium (another two in a row), and penalized, came out last, by incorporating the fourth in Russia. Hamilton, on the other hand, has used three power units and two extra combustion engines for which he only served five penalty positions in Turkey and Brazil. The gossips say that Mercedes had already tested the capacity of its engine at maximum performance with Bottas, who already has six engines and came to change them in consecutive races, Italy and Russia.

In any case, it is a controversial reading of the norm. It is intended to control costs and therefore only three power units are allowed in 22 races. But with five combustion engines in one season, Lewis has only received ten penalty places on the grid and only served five, those of Istanbul, because in Brazil he dragged a disqualification due to irregularities in his DRS and he had to finish last anyway. “From a certain number of engines you should start last “, Alonso proposed recently, who experienced first-hand the disadvantages of this rule at McLaren Honda and now sees how the rule is squeezed in favor.

Perhaps from that perspective defenses at the limit of the norm of Mad Max on the last weekends. The two on the outside in turn four of the José Carlos Pace Autodrome; skipping the apex of the first stop on Jeddah Corniche or even crashing the RB16B into the last wall of Arabia in search of an impossible pole, “the best lap that has ever been done” according to Horner. Until November, the pulse between Mercedes and Red Bull seemed balanced, with circuits and moments for each. Since then, after the double engine change, all the tracks seem conducive to Hamilton’s car.

Formula 1: Drive to Survive Date: When is the fourth Netflix series released and can I stream live for FREE?
What is needed for the Formula 1 project in Barranquilla to become a reality?
Ocon closes Alonso against the wall!
FORMULA 1 1539