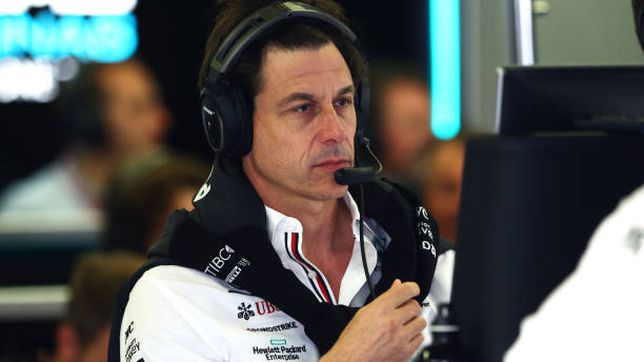 The Mercedes team is experiencing its worst season of the hybrid era. It has gone from dominating the World Championship (it has won eight consecu

The Mercedes team is experiencing its worst season of the hybrid era. It has gone from dominating the World Championship (it has won eight consecutive constructors’ championships and seven drivers’) to being the third team on the grid after being overtaken by Red Bull and Ferrari by a considerable distance.

Toto Wolff, in relation to sprint races, has stated that “Formula 1 is less entertaining, and I think it is largely due to the fact that there is a lot of difference in performance between the teams”. The head of the German team has stated that “if Verstappen escapes, the only cheerleaders in the race will be the Ferraris. We are in no man’s land and the others are behind on a DRS train. That can’t be a good sprint race.”

The FIA ​​is considering the option of increasing sprint races to six by 2023, and Wolff hopes Formula 1 president Stefano Domenicalli will take note of which circuits to hold them at: “If I had to trust one person to pick the suitable sprint races, it would be Stefano”.

Mercedes is the fourth team with the most points in sprint races: it has only scored six points in the two events held so far in 2022, all in the Austrian GP (Russell was fourth and Hamilton eighth), while McLaren has scored 7 points, Ferrari has achieved 25 and Red Bull 26.

This is the Formula 1 position table before the Hungarian Grand Prix
F1 | Fernando Alonso: “It seemed that he was going too slowly, but it is what he wanted”
Ferrari makes a decision to fight the Formula 1 World Cup against Mercedes and Red Bull
FORMULA 1 1974