Mercedes will use a red car during the Belgian GP 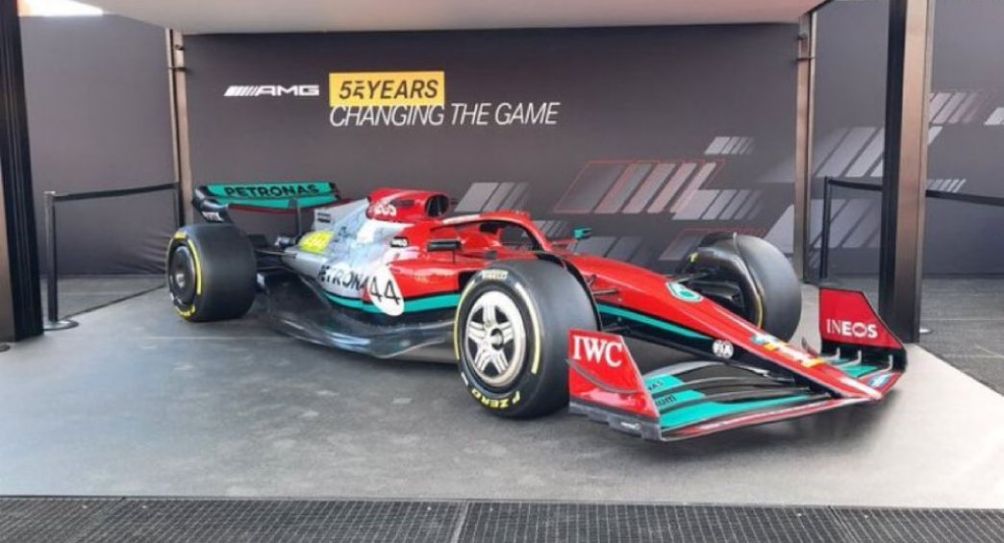 The Belgian Grand Prix will be special not only because it will mark the return of Formula 1 after the summer break he had, but because Mercedes wi

The Belgian Grand Prix will be special not only because it will mark the return of Formula 1 after the summer break he had, but because Mercedes will use a single-seater with red details.

Through a statement, the team of Lewis Hamilton and George Russell announced that the car will carry this color in tribute to the 55th anniversary of its partner, AMG.

“In honor of the celebration of 55 years, Lewis Hamilton and George Russell will compete at Spa with a special logo and a large vintage number on the sidepods to commemorate the legendary winner of the 1971 Spa 24 Hours, the 300 SEL 6.8 AMG, named ‘Red Pig’ (Red Pig). The F1 Safety Car will also bear the commemorative shield,” it reads.

According to reports, in FanZone of Belgian Grand Prix there will be a replica of the W13 that will be silver with red details. And it is that it was announced that they will not filter the design on social networks to make it a surprise.

With this design, Mercedes will seek to approach Red Bull in the Constructors Championship. Lewis Hamilton and George Russell They will try to get on the podium to close the gap with their rivals in the Drivers’ Championship.

YOU MAY ALSO BE INTERESTED IN: F1: FORMULA ONE CLOSED VACATION PERIOD; NEXT STOP, BELGIUM GP

Tags: breaking news, Formula 1: Mercedes will use a red car during the Belgian GP, AMG
Formula One ended vacation period; next stop, Belgian GP
Belgian GP will remain on the calendar in 2023Halftime
VIDEO | Formula 1: Sebastian Vettel shone with a great goal in a charity football match
FORMULA 1 2435

Loading...
Newer Post
Boxing: Andy Ruiz refines details to face King Kong Ortiz
Older Post
Sevilla, in a group in the shadow of the Viking ogre and with a Scandinavian ‘Cinderella’ | Sports