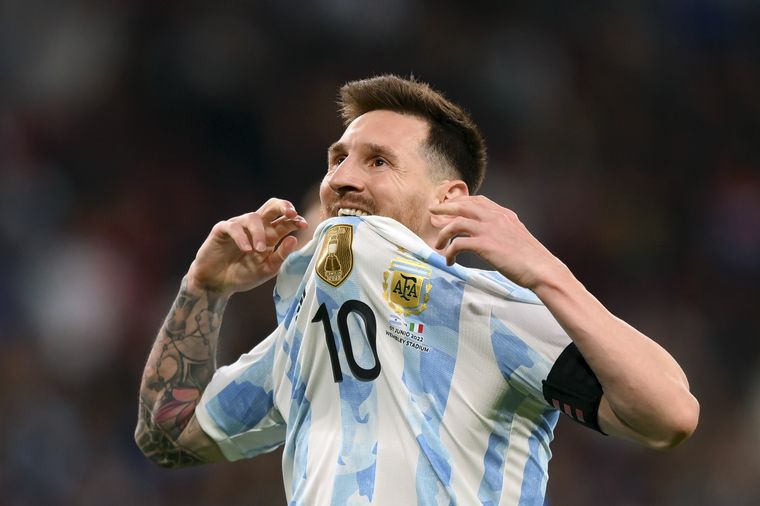 Lionel Messi turned 35 years old, he has been playing football since he learned to walk, he started in the youth teams at Ne

Lionel Messi turned 35 years old, he has been playing football since he learned to walk, he started in the youth teams at Newell’s in 1994, he went to Barcelona in 2000, he debuted as a professional in 2004 and since then he has won almost everything he set out to do.

But the almost that Messi lacks to complete the cardboard is nothing less than lifting the World Cup. At the end of the year he will have the opportunity to fulfill his life’s dream, after 35 years in which he already got a place at the table of the greatest of all time.

Above, below or next to Maradona, no matter where, Messi shares almost all the lists in which Diego’s last name appears. The difference is that Maradona reached the top of the world at the age of 25 and by 35 he was a legend in retreat.

In October 1995, when he turned 35, Diego Maradona had already given everything, he was already a myth and after working as a coach while he was serving the sanction for doping in 1994, he decided to play again in the Boca shirt.

Maradona at 35 was very different from the current Messi: he walked through the television channels, invited Toresani to fight, argued with Macri, played friendlies around the world and every now and then gave the last glimpses inside the field.

Alfredo Di Stéfano, another Argentinian world football legend, at 35 was enjoying success at Real Madrid and was beginning to walk the final stretch of his career that would end at 40. He was never able to win a World Cup and missed out due to injury the last chance in 62.

Although the times are very different, the realities of Di Stéfano and Messi touch on some points: both won everything in Spain and scored hundreds of goals for decades, but with the National Team it cost them.

For many, the best player of all time was Pelé. The Brazilian at 35 years old no longer had a place in the showcases, he was dedicated to collecting money in the United States Cosmos and was a former national team player because he had fired the Verde-amarela at 31, after winning three World Cups.

Among the greats of all time, the name of Johan Cruyff is never missing, curiously, the Dutchman played only one World Cup. In 1974 he was runner-up at the age of 27 and resigned from the national team at 30, so he did not play in Argentina 78, although his career would extend until 1984.

As if it were a strange curse of the records, the only footballer who competes hand in hand with Messi, Cristiano Ronaldo, also suffered playing for his country although he is the player with the most goals and appearances. In Qatar, Cristiano will play his fifth World Cup… just like Leo.

If we look at the statistics, At the age of 35, none of the great beasts of world football played as many games, scored as many goals and won as many titles as Lionel Andrés Messi. but everyone knows that Leo will try again one more time because his dream career is only missing one dream.