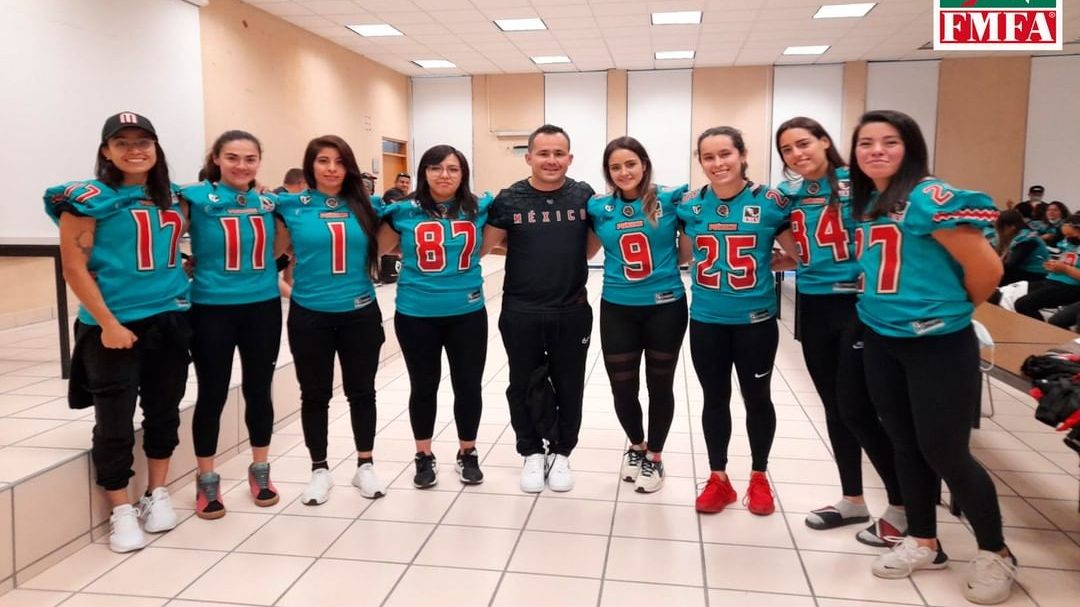 The representative team of Mexico it should travel to the Women’s World Cup of football remains focused on the CNARso that selected denounced their Federation for deceiving themnot having obtained the tickets to travel to Finland, which they should have done last Wednesday, using the Lufthansa airline workers’ strike as a pretext.

The Mexico National Team He had to start his participation in the Women’s World Cup of American football tomorrow Saturday, but the 45 national teams follow ‘trapped’ in the CNARin CDMX.

“All was scratch transparentat the moment when they tell us to come to the concentration here at the CNAR we didn’t have a flight itinerary. The information is distorted some said a schedule and then another schedule. They tell us that we have tickets insured by Iberia at least from Mexico to Madrid, we remain calm with that information. They make an appointment for us (Wednesday, July 27) at 7 at night and tell us that they want to be transparent with us and that we don’t have flights“he declared Paulina Diaz, Quarterback of the Mexican National Team, in an interview with Reform.

Originally, the National Team was supposed to travel to Finland on Wednesday the 27th to play tomorrow, Saturday the 30th of July, in its debut, scheduled at 10:30 am local time.

Faced with the problems that the directors recognized for not getting tickets, the players they requested to the International Federation of American Football (IFAF) delay your participation with the consent of the British players and managed to get it postponed to Sunday the 31st at the same time.

But the International Federation did not confirm the rescheduling of the game and only reported that it will not be played on Saturday and that the opening game will be between Canada and Australia.

The American Football Association of Finland, the host of the Women´s World Championship 2022, has received information that Team Mexico, ranked 3. in the tournament, will not be able to play in Finland and Vantaa on Saturday morning at 10:00 am . 🏈More: https://t.co/MD8QEPW8P9 pic.twitter.com/p27mvwZOmP

According to Diaz, César Barrera, president of the Mexican Federation of American Footballasked four players with US visas and a coach to report immediately to the CDMX International Airport because they could already travel, but the airline told them that there was no ticket purchased.

“He didn’t send flight numbers or anything. At the airport they told us that there were no flights, that the payment had not gone through and 4 players and a coach had to return. Yesterday afternoon he told us that he had arranged for 22 players, but the payment did not go through on time. Later, the purchase of 12 flights was made wrong, of which they bought the stopovers, except for the first one that left Mexico,” added Paulina.

You can also read…

Mexican American soccer team, at risk of not traveling to the Women’s World Cup in Finland due to airline strike

Receiver Ana Barbosa narrated how the Federation left the responsibility of looking for their own plane tickets in her hands. Prices range from 90 thousand to more than 100 thousand pesos.

“The last instruction was: ‘girls, start looking for all of them and as you find them, we will pass out the Federation card to buy them.’ It was a lie because when we found it they told us that there was no card that a transfer had to be made. We managed to get the agency to accept transfers and now they are asking us for the agency to accept payment by promissory note. We think you don’t have the money”, commented the national team.

Despite the uncertainty, Barbosa assures that the Mexican National Team is united and that they hope to compete next Sunday in the World Cup.

Selected from Mexico are late for the Taekwondo World Cup and are left without competing: “They ended their dreams, it’s unfair,” denounces the father of an affected

“We are unwilling, but at the same time we are united and working together to solve it. We are still united, but everything moves us, it is a flight of 20 hours or more. And we don’t mind arriving on Sunday morning and competing early that same day, we all want the medal. Many obstacles are being put in place, the job has already been done for the president of the Federation, but we are running out of possibilities. There are many who are going out and it was our last World Cup and it takes away the continuity of the future of American football”.

They forgot to play football | Letters to the Editor | Opinion
SOCCER Casemiro’s entry and no VAR
What is the Chilean football transfer market and what does it imply?
FOOTBALL 3129

Loading...
Newer Post
The Formula 1 drivers who have won the Hungarian Grand Prix the most times
Older Post
From Netflix to the NBA; Juancho Hernangomez signs with the Raptors