After 10 years of dedication, discipline, perseverance, blood, sweat and effort, Daniel Zellhuber signed a contract with him Ultimate Fighting Cham

After 10 years of dedication, discipline, perseverance, blood, sweat and effort, Daniel Zellhuber signed a contract with him Ultimate Fighting Championship (UFC) where he has the objective of crowning champion of 155 pounds.

“The greatest dream of all is to reach UFC and fortunately I already fulfilled it. Now I want to show that I am a very good fighter, I want to go step by step and I want to achieve the title of UFC.

“I know I haven’t even had my debut yet but I’m sure. Just as four or five years ago I was sure that I was going to UFCNow I am sure that in a couple of years I will be fighting that title, “he said. Zellhuber (12-0) in interview with RECORD.

Daniel made history by becoming the first Mexican to win a contract UFC at Dana White Contender Series after defeating the Brazilian Lucas Almeida.

“It’s something amazing. I consider myself a very competitive person and I had always wanted to be able to say that I was the first to achieve something and say that I am the first Mexican who managed to win the Contender Series and got his contract with UFC in this way it means a lot to me.

“I would like to motivate other fighters to realize that it is possible. I am not a super human, I have two arms, two legs, just like everyone else, and if I could at 22, then anyone with enough commitment to achieve it can, “he said. 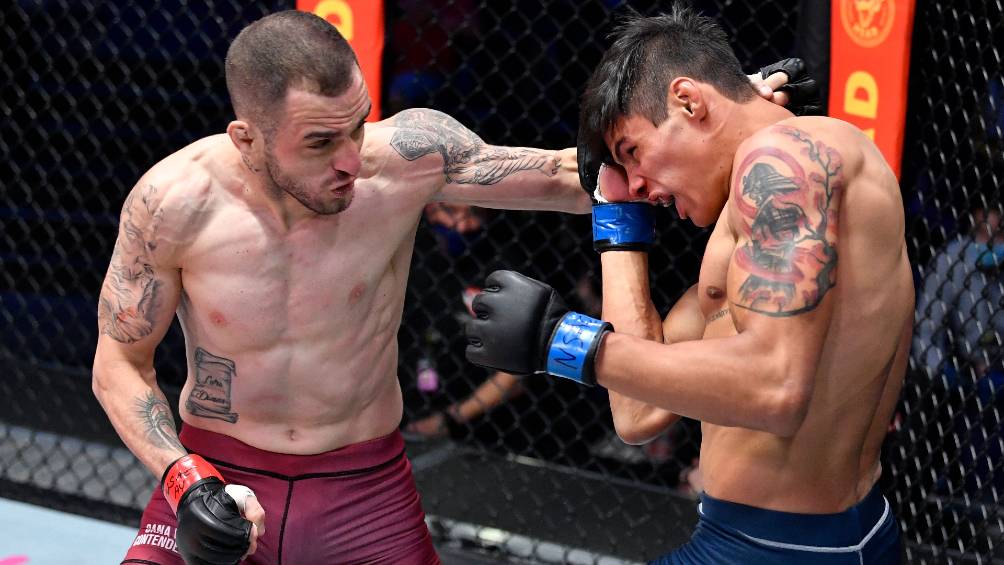 The undefeated fighter knows the road will be winding but is confident that his work will lead to the title.

“It is definitely the hardest category in the world, the toughest of UFC, they have a lot of talent, so that also makes me feel good because I know that the day I am champion of UFC in that division I’m going to be the best in the world.

“Obviously it will not be an easy road, there will be ups and downs but I know that by standing firm and believing in myself and my goals I will achieve it.”

YOU MAY ALSO BE INTERESTED: MEXICAN DANIEL ZELLHUBER WAS A CONTRACT AT UFC IN THE DANA WHITE CONTENDER SERIES

Tags: UFC, news, Extreme
“Those who know about football, know that we played a good game”
Lawrence vs Burrow grab the spotlight at the Jaguars against Bengals
Arabian GP Steward wished Lewis Hamilton had an accident
UFC/MMA 839

Loading...
Newer Post
Boxer Manny Pacquiao presents his candidacy for the Presidency of the Philippines
Older Post
‘Venom’ Rubio continues to shine after retiring from boxing