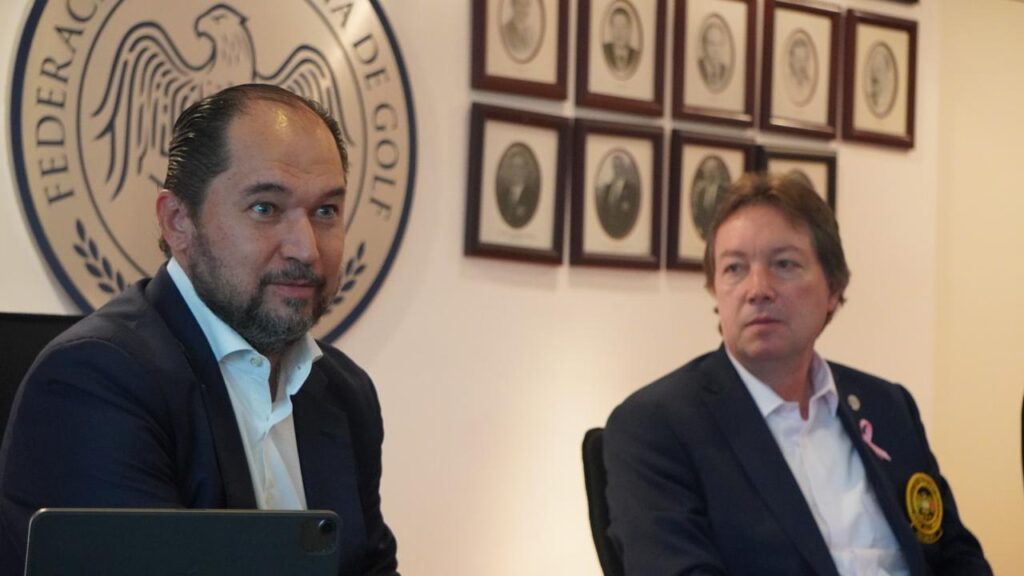 The Mexican Golf Federation (FMG) held its First Work Meeting with journalists and communicators, in which issues of common interest and the n

The Mexican Golf Federation (FMG) held its First Work Meeting with journalists and communicators, in which issues of common interest and the national golf agenda were addressed.

Present at this important meeting were Fernando Lemmen Meyer, president of the FMG; Guillermo Amerena, legal counsel and chairman of the Government and Media Relations Committee; as well as Carlos Moreno, president of the Interinstitutional Coordination Committee.

“We approve the creation of a group of golf journalists and communicators, of which they will be part so that they honor us by being a federated golfer; being registered with the USGA GHIN System, having the platform and also obtaining all the benefits granted by the FMG to their golfers,” Lemmen said.

Likewise, Carlos Moreno highlighted that the FMG identified an area of ​​opportunity that is the creation of a Commercial Department, where it was imperative to generate strategic commercial relationships and alliances.

For his part, Guillermo Amerena reported the results of the Centralized Digital Plan of the committee he chairs. In the same way, he stressed the importance of closeness between the media and the FMG.

Loading...
Newer Post
O’Malley: “It is inevitable that he will be a UFC champion”
Older Post
Exhibition of Latin American artists at MoMA: dates, prices and where to buy tickets