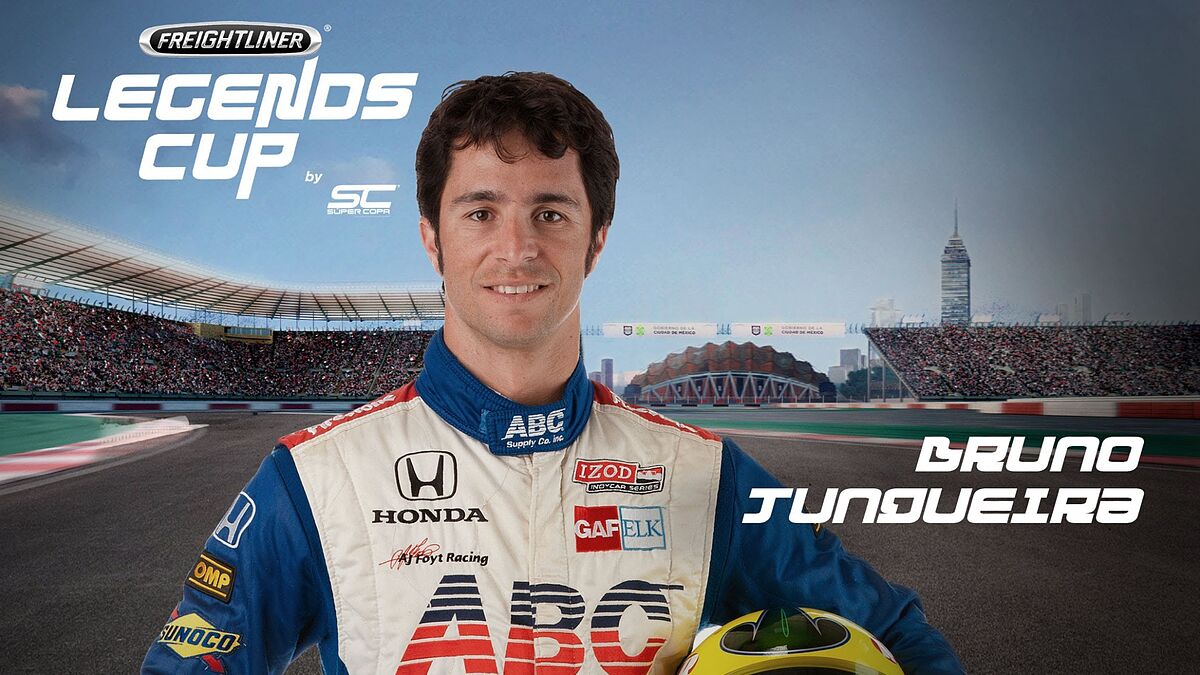 ANDthe Brazilian pilot, Bruno Junqueira adds to Paul Tracy, Michel Jourdain Jr., Oriol Servi, Mario Dominguez and Max Papis as a legend within Freightliner Legends Cup for Super Cup, which will be run within the Formula 1 Grand Prix in Mexico City, which will take place at the Hermanos Rodríguez Autodromo, from October 28 to 30.

Champion of the South American Formula 3 and the International Formula 3000, Junqueira was also a test driver for the Williams team in Formula 1. In 2001 she made the leap to CART World Serieswith the prestigious Chip Ganassi Racing team, with whom he was Rookie of the Year in 2001. In 2003 he changed teams to Newman Haas Racing, where he finished as runner-up in the category in the 2002, 2003 and 2004 seasons, which led him to be one of the most outstanding pilots of the American series.

Among his performances, got pole position in the 2001 Indianpolis 500 and several triumphs within the also called Champ Car World Series in races such as Japan, Denver, Road America, Montreal, Australia and Monterrey (New León). In addition, the Brazilian pilot has great performances in the American Le Mans Series, allowing him to extend his competitive career into 2019 before retiring from motorsport as a professional driver altogether.

Loading...
Newer Post
LJ Figueroa and Chris Duarte stand out in the NBA Summer League; That’s how it goes for the Dominicans
Older Post
What teams are part of the National Conference?