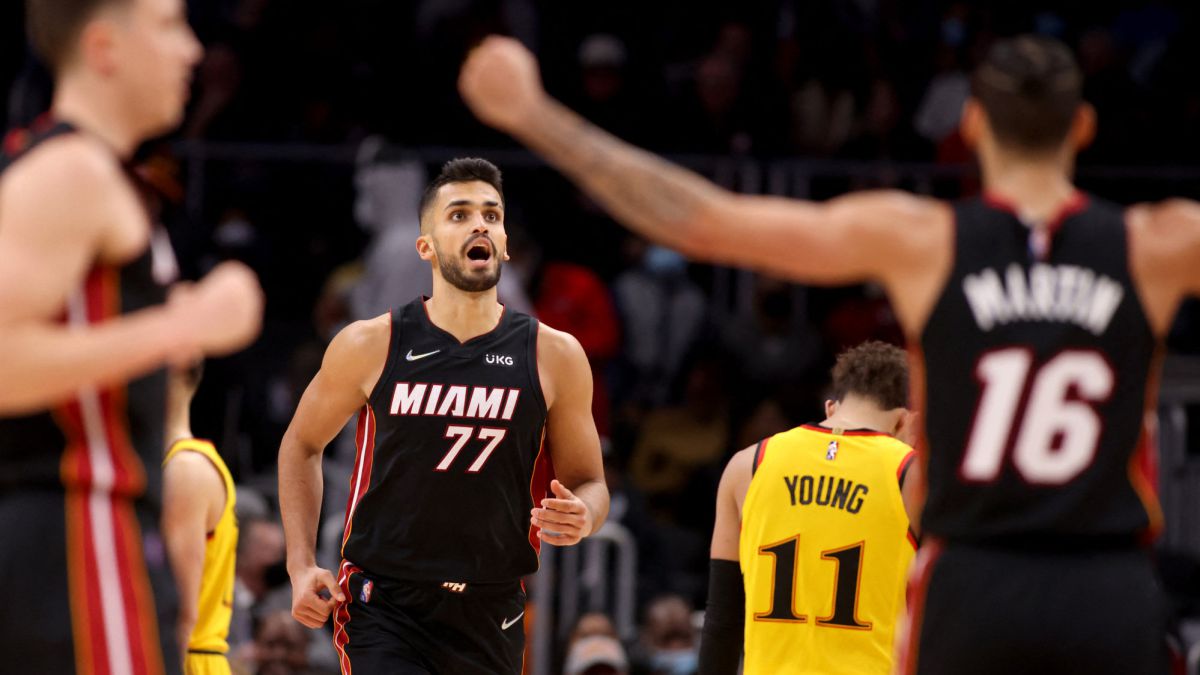 Pacers 100 - Celtics 119 Comfortable and smooth victory for a Celtics that little by little are establishing a game and more positive results. Al

Comfortable and smooth victory for a Celtics that little by little are establishing a game and more positive results. Although they still combine them with days to forget, today was not one of those days. Jaylen Brown (34 points) and Jayson Tatum (33) came together to be, this time, productive for the team in a win in which they had Dennis Schroder (23 points, 4/5 in triples) as a luxury secondary.

The Charlotte Hornets ended the worst losing streak of any team in the league to any other team. They had 16 in a row against the Philadelphia 76ers … Until today. With a lethal Gordon Hayward, especially in the first half (9/9 without failure before the break), they ended the good run of results with which the Sixers came, a direct rival for them. Right now they are only separated by a small part of difference.

The Orlando Magic are confirmed to be the worst team in the league right now. Tenth loss in a row for a franchise that has little to offer to the show right now. With this scenario in front of the Washington Wizards they took the game a bit by inertia, without their star Bradley Beal on the court but with Kyle Kuzma, who touched the triple-double: 19 points, 10 rebounds and 9 assists.

The less common continue to take the chestnuts out of the fire to a Miami Heat with many losses, but who faced one of the great disappointments of the year, the Atlanta Hawks. Those of Georgia are already three victories from the play-in positions and six from the sixth, the first that gives a direct place to the playoffs. In the visitors Tyler Herro led the win with 21 points, while Omer Yurtseven continues to impress (13 + 10 + 6).

Good victory for the bottom of the Western conference, a Houston Rockets who took a very bad Texan duel compared to a few years ago. Eric Gordon, a player who is more than likely to change his sights between now and February 10, went to 31 points to counter Dejounte Murray’s 32, which is his personal scoring record.

Good game for New York, returning to 50% wins for the first time in more than a month. Goodbye to Dallas’ winning streak. Read the chronicle here.

The Ohio team prevails at the home of a team that, without Rudy Gobert, adds its fourth consecutive defeat. Triple-double for Garland. Read the chronicle here.

Those from Brooklyn get their best face against the leader of their Conference with the Big three on the court, but especially with Durant and a masterful third quarter. Read the chronicle here.

The Kings tie up some Lakers who return to the well and confirm that they are a disaster. Absolute embarrassment from Westbrook, totally offside. Read the chronicle here.

Loading...
Newer Post
The seven negotiations that can explode the Argentine soccer pass market
Older Post
2022 in the forge: six MotoGP teams already have a date to show themselves to the world