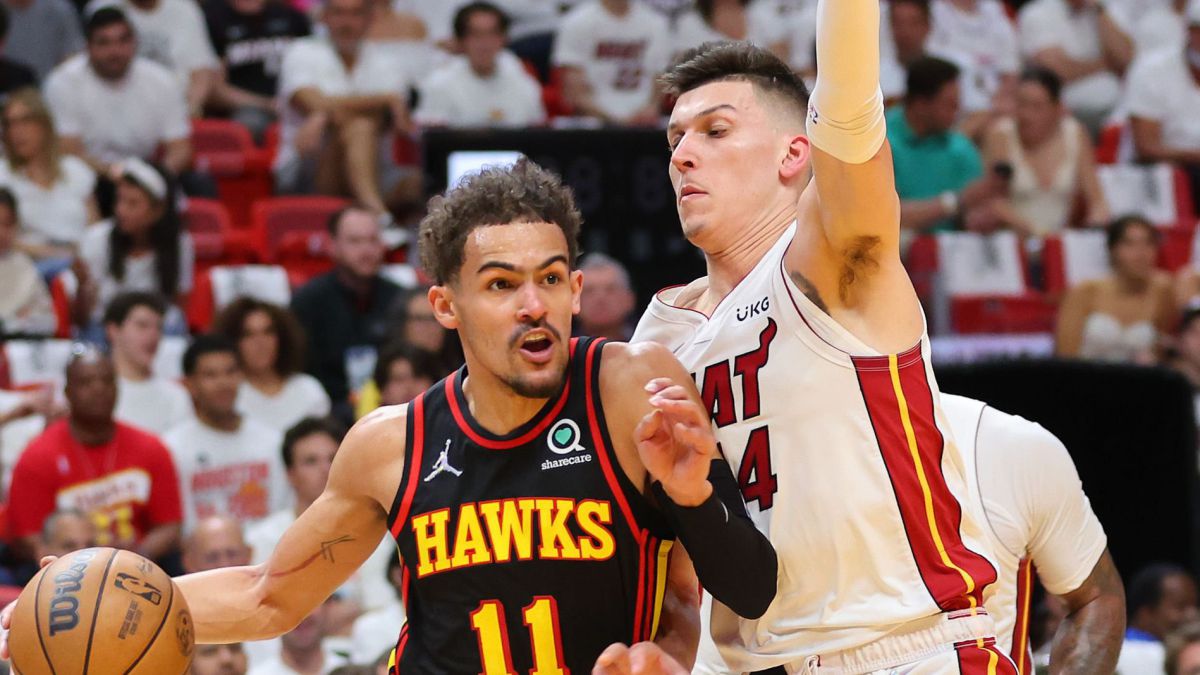 Poor entry into the first round of the Eastern Conference for the Hawks. The Cavs' home win in the play inthe one that gave them a chance to play

Poor entry into the first round of the Eastern Conference for the Hawks. The Cavs’ home win in the play inthe one that gave them a chance to play this series as the eighth seed, took place less than 30 hours before the team with the better record on that side of the draw got in front of them. The NBA does not wait for anyone and they have been caught somewhat disoriented by the first push. That, of course, giving them room to think that they are going to improve something else in the next commitments.

Miami premiere this weekend his status as number one in the East in the direct fight for the title with an unmitigated victory. 115-91. Defense is one of the main weapons of this candidate for everything and with it they froze production facing the hoop Atlanta. Some players, especially Trae Young (1/12 shooting), didn’t measure up. Specialist Duncan Robinson was the best of the match with 27 points, eight triples to achieve them and only one shooting error.

For what we have seen from the Hawks this season, this is not a major surprise, especially if we count the element of the trip to Cleveland and then to Miami in such a short time. In addition, they recovered John Collins, absent during the last month, and they did not have Clint Capela, who was injured in the play in. If your MVP has a day to forget and the other parts aren’t oiled enough, the engine seizes up. The Heat, on the other hand, showed a sufficiency from which a clear signal is extracted for those who want to beat them.

Young started off being the subject of good defenses and, without a full tank of gas, he started to go awry. He even went toe-to-toe with Jimmy Butler, head to head as the Heat forward lowered his. The boy is optimistic, there is no doubt. With Hunter (14) having the leading role in the paint they were able to endure the first quarter and some of the second. The substitutes, beginning with the returned Collins, contributed almost nothing compared to the wardrobe displayed by Erik Spoelstra. There, at that moment of changes and with Trae abusing possessions without having good positions, the large-scale review began. 10, even 20 before the break… The distance became great. Robinson plugged in his shots, Butler and Adebayo picked up what was sown, there was room for Strus and Vincent to shoot together with Herro and Lowry, etc. It was a large display. In the visitors Gallinari (17) was the top scorer and did not have the slightest impact, that is the summary of how little hurtful his team’s attacks were. Corality and defense to burn the Hawks, who came with the hook to the tie and start it with the most negative feelings.

LeBron James: A great King of the NBA both young and old
NBA Rumors: Options Damian Lillard signs for Los Angeles Lakers
NBA: Pau Gasol gets a doctor in the NBA dwarfing a legend like Kevin Garnett
NBA 2869