Michael Morales fight against Trevin Giles, scheduled in the stage of the first preliminaries of UFC 270 | Other Sports | sports 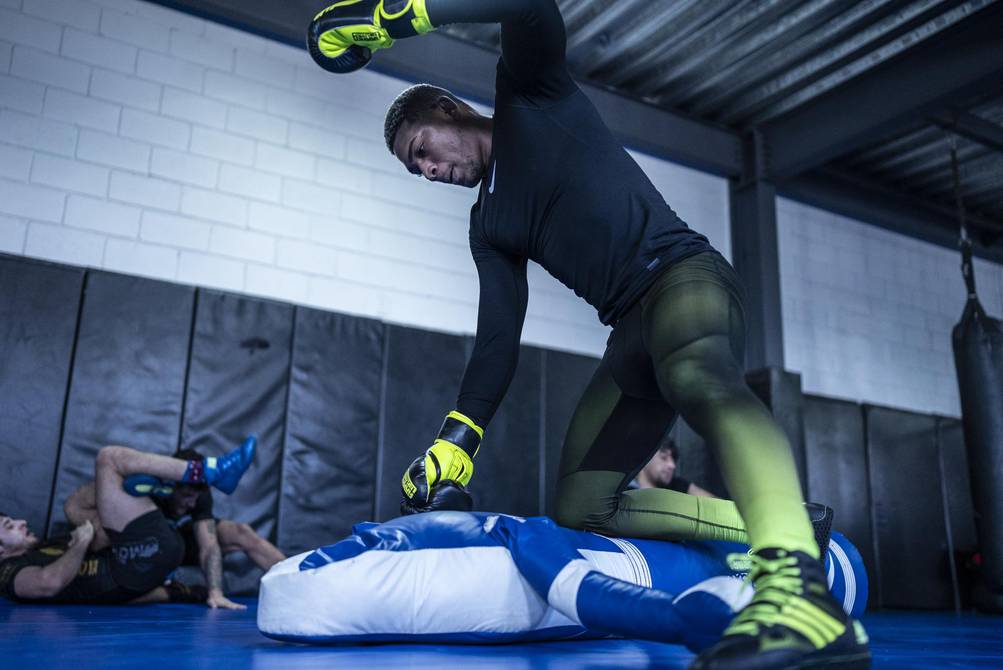 The representative of the province of El Oro plans to travel this Friday to the United States.January 13, 2022 - 4:21 p.m.The organization of the U

The representative of the province of El Oro plans to travel this Friday to the United States.

The organization of the UFC (Ultimate Fighting Championship) resolved that the fight between Ecuadorian Michael Morales and American Trevin Giles be part of the first preliminaries stage of UFC 270, a card that will take place on Saturday, January 22 at the Honda Center, in Anaheim, Calif. Like everything in life, you have to climb steps little by little…

It is an important fight for mixed martial arts (MMA) in Ecuador, since Morales will become the third Ecuadorian fighter to step into the cage of the UFC company after Rudyard Moncayo and Marlon Chito Vera in 1995 and 2014, respectively.

The official UFC website indicates that the confrontation between Morales (12-0 MMA) and Giles (14-3-0 MMA, 5-3 UFC) in the welterweight division (170 pounds) will serve as a prelude to the bantamweight between Brazilian Raoni Barcelos and American Victor Henry. Previously, the Mexican Genaro Valdez and also the American Matt Frevola will collide in the lightweight category.

Michael Morales’ confrontation with Trevin Giles has been scheduled in the first preliminaries of UFC 270, according to the official UFC website.

If Morales wins, it will almost certainly ensure that the contract he was given in September 2021 in Las Vegas when he defeated Kazakh Nikolay Veretennikov on Dana White’s Contender Series is honored.

In the preliminary stage, the main clash will be played by Rodolfo Vieira and Wellington Turman, both from Brazil, in middleweight.

While the main card is headed by the fight between the Cameroonian Francis Ngannou against the Frenchman Ciryl Gane, in the heavyweight division, and the co-main event between the Mexican Brandon Moreno and the Brazilian Deiveson Figueiredo in the featherweight division. In both lawsuits belts will be unified.

Jared Cannonier vs. Derek Brunson, who looked like the third-hottest guy on the card on paper, was rescheduled for the UFC 271 event in Houston.

Michael Morales from Ourense had his base camp in Mexico, at the Entram Gym, under the guidance of MMA coach Raúl Arvizu and physical trainer Andy Caballero, but on January 4 he returned to Ecuador for a few days due to a procedure with his visa that he had to fulfill before his participation in the UFC. As EL UNIVERSO was able to learn, the tricolor welterweight is heading to the United States this Friday. Arvizu indicated that Morales is scheduled to arrive in Las Vegas and then head to Los Angeles, where he is presumed to be the base for the athletes called to the UFC 270 event. (D)

Revolutionize everything! WFL, the MMA league that will be launched soon and is all the rage
Volkanovski criticizes Holloway: “Stop playing and tell UFC you want the trilogy”
Michael Morales’ fight on the main card of UFC 270
UFC/MMA 483