Michael Morales’ fight on the main card of UFC 270 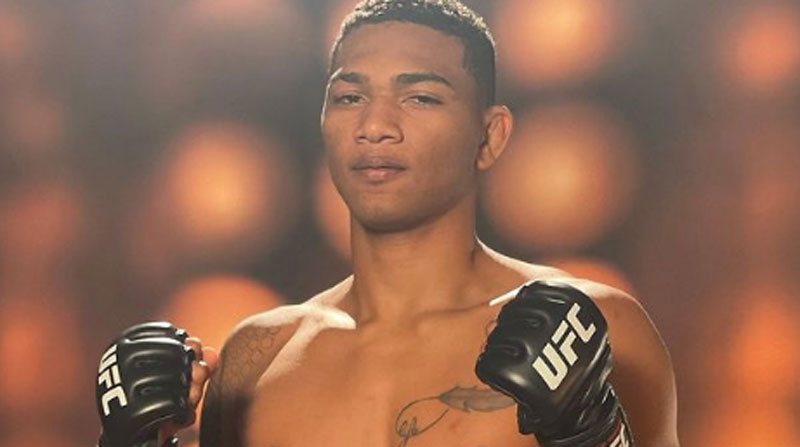 The undefeated Ecuadorian Michael Morales will be measured against the American Trevin Giles as part of the main card of UFC 270,

The undefeated Ecuadorian Michael Morales will be measured against the American Trevin Giles as part of the main card of UFC 270, at the Honda Center in Anaheim, California, on the night of January 22, 2022.

Initially, the tricolor fight was scheduled as part of the preliminary card, but due to the last minute cancellation of a main event, the UFC decided that Morales’ fight would go up to the main card of an expected event with world titles at stake.

This Friday, January 21, the official weigh-in was held. The Ecuadorian gave weight.

At 21, his fighting skills caught the attention of top UFC officials. It was so that Morales participated in September 2021 of the Contender Series, where the company looks for new talents in mixed martial arts. The wrestler El Oro, undefeated in 12 professional fights, dazzled with his performance and signed a contract with the Ultimate Fighting Championship (UFC), one of the world’s leading companies in this sport.

Manabita competes in this sports league ‘Marlon ‘Chito’ Vera and years ago another Ecuadorian also stepped on the famous octagon.​

That meeting will replace the one planned by Rodolfo Vieira and Wellington Turman, which was canceled for medical reasons.

UFC 270 is headlined by the heavyweight bout between champion Francis Ngannou and Ciryl Gane. In addition, the Mexican flyweight champion, Brandon Moreno, He will face former champion Deiveson Figueiredo for the third time in a fight that generates enormous expectations.

Moreno, who is called ‘The Assassin Baby’, is very close to Morales since the tricolor trains in the same gym in Tijuana, Mexico.

MMA and kickboxing: titles are defined at the provincial level
UFC: Controversy in the UFC: Reyes does not want to fight with Jon Jones after his arrest
Now going to the UFC? Kayla Harrison won her second million dollars in PFL and retained the crown
UFC/MMA 843