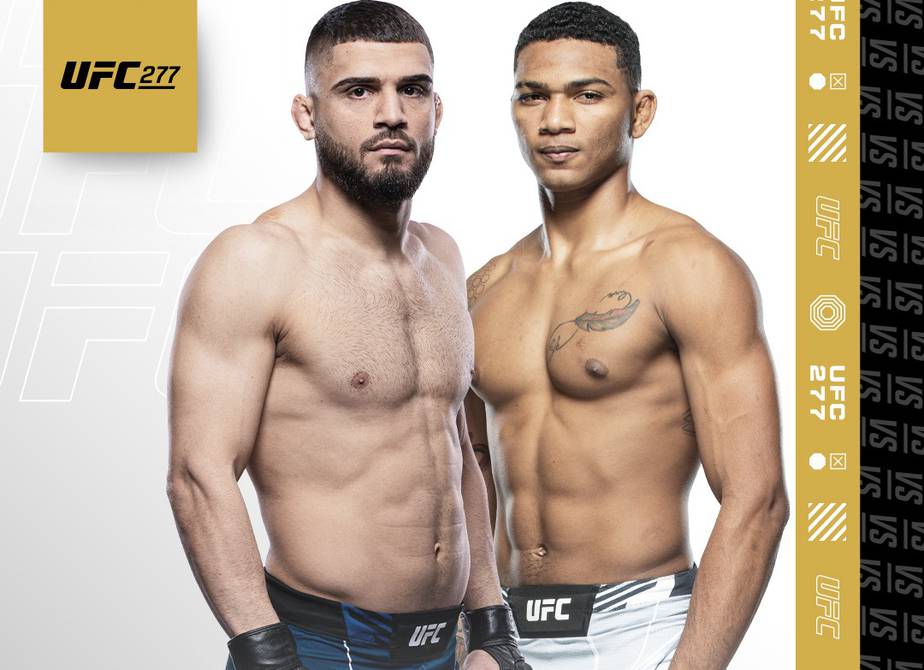 Michael Morales, Ecuador’s number two on the UFC (Ultimate Fighting Championship) roster behind Marlon Chito Vera, returns to action in the octagon on July 30, when he faces the Albanian-American Ramiz Brahimaj in the preliminaries stage. from the undercard of the listed event, UFC 277, in Dallas, Texas.

The fight in the welterweight division (170 pounds) is a fact. The organization announced it in late May.

“Ecuador will be present on July 30 with @michaellmma, who is going for his second fight at #UFC277 against Ramiz Brahimaj,” reads the post on Instagram by UFC Español.

The fight on Saturday, July 30, marks Morales’ second appearance in the UFC 170-pound division, after his debut on January 22 when he knocked out American Trevin Giles on the main card of UFC 277.

The fighter from Pasaje (El Oro), with a professional record of 13-0 in mixed martial arts and 1-0 in the UFC, has become the undisputed welterweight of Ecuador and the second best representative of the country in the Ultimate Fighting Championship. behind Manabi Chito Vera, currently fifth in the company’s bantamweight ranking.

Brahimaj (29 years old), for his part, has a record of 10-4-0, and his last confrontation ended with victory after submitting Michael Gillmore in two minutes via the mataleón during the preliminaries of the UFC Fight Night Vegas 49 , on February 26.

“For me the strongest thing is the training, the sacrifice you make, giving the weight to be able to enjoy the event, the trajectory, to be able to give everything you know and what you have suffered to be in the fight,” Morales said. in a report of UFC Spanish.

“(Being in the cage) is something inexplicable, first because when we started in the Contender Series (September 2021) absolutely nothing was heard (UFC Apex in Las Vegas), only in your corner, but when we went to the Honda Center in Anaheim , that was full (…) The heart jumped and you had to control your nerves and adrenaline. We entered well, for me it was a super good experience, I was able to come out victorious, but having shared the card with teammates was what stood out at UFC 270 ″, he added.

The UFC 277 card will be headed by the confrontation between the Venezuelan Julianna Peña and the Brazilian Amanda Nunes, for the bantamweight championship, and the clash between the Mexican Brandon Moreno and Kai Kara France, within the framework of the interim flyweight title. .

The event will take place at the American Airlines Center in Dallas, Texas.

Nate Diaz attacks McGregor and Masvidal after their arrests: “You act like animals”
He couldn’t stand it: Mike Tyson advised Conor McGregor on his return to the UFC
Woman tries to get into the UFC cage and takes a beating
UFC/MMA 954