Michael Morales returns to the UFC Octagon on July 30 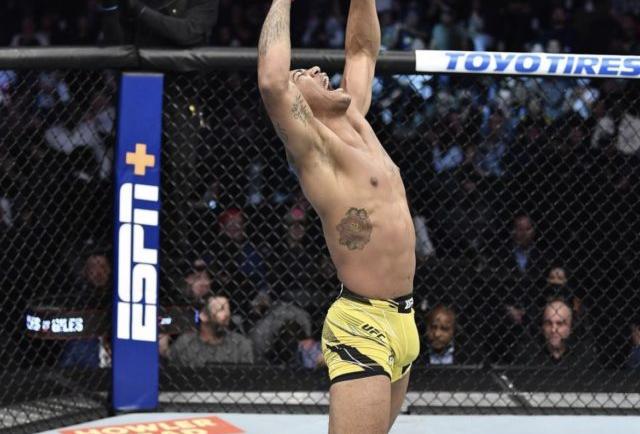 Michael Morales He got a contract with the UFC in September 2021, three months later he had a dream debut within the largest mixed martial arts company in the world, defeating Trevis Giles via knockout. Now, he will return to the octagon to face the American Ramiz Brahimaj on the event billboard UFC 277 that will be given next Saturday, July 30.

Richard Carapaz, without problems, continues to lead the Giro and saves his strength for the mountains

The Ecuadorian The 22-year-old surprised with his ‘performance’ in his first official fight against Giles, who in the previous one started as the favorite for being more experienced, since he has been part of the UFC since 2017, however, Morales was able to get the ‘technical knockout’ in the first round, thus signing his first official victory within the company.

HE LIQUIDED IT! Michael Morales was a steamroller in the first round and defeated Trevin Giles, in the first fight on the main card of the #UFC270. What a way to debut! pic.twitter.com/nNirFgdgYF

The fighter from Pasaje who fights in the Welterweight category (170 pounds) is living in Mexicowhere he trains at the Entram Gym, a high-performance center for MMA fighters run by Raul Entram. Michael is part of a group of Ecuadorian fighters who migrated to the Aztec country, to try to fulfill their dream of being professionals in the best leagues in the world.

His rival, 29-year-old Ramiz Brahimaj, has a professional record of 10 wins, 4 losses and does not register draws. debuted in the ufc octagon in November 2020. In his last fight, in February 2022, he won the first round by submission, managing to fit a strangulation from the back that made his rival surrender.

For his part, Michael Morales seeks to maintain the undefeated record he holds in his professional career with a record of 13 wins in a row.

Loading...
Newer Post
He suffered bullying for a viral video, boxing saved him and now he fights in the Chino Maidana team | Hand in hand with Ezequiel Matthysse
Older Post
Tickets for the professional boxing evening are now on sale